Can A Generator Run On Solar Power? 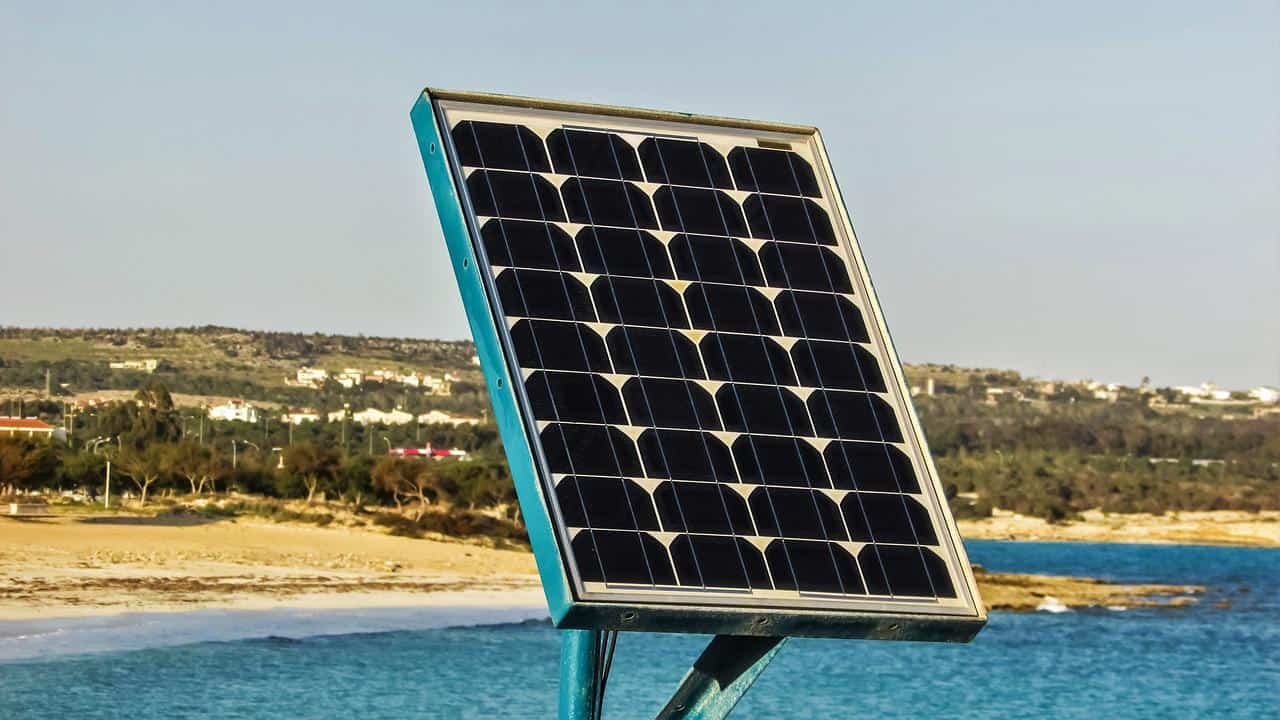 When you think of generators, you might think of using them in a natural disaster or an outage. But there are many other times when having a generator may come in handy.

For example, if you live off-grid and have solar panel kits, your generator can help you store energy and use it whenever needed. However, can a generator run on solar power?

In this case, if you’re considering getting a stand-alone generator to meet your home’s needs, the answer is yes—a generator can run on solar power. There are also hybrid generators that combine solar and gas to give you more options for a power station and storage during peak hours.

Keep reading this blog in order to learn more information about generators and their ability to operate on solar power.

Solar generators convert the sun’s light into electricity. It is usually composed of a solar system, an inverter, and a battery system. Homeowners use solar generators for various applications, including powering homes and businesses, providing a backup generator when there is an event, and charging electric vehicles.

Solar generators have several advantages over traditional generators, including being cleaner and more efficient. Generators come in various styles, sizes, functions, and brands.

Why Are Solar Generators Essential?

A solar generator is a device that converts sunlight into electricity. There are many reasons why they are essential. Solar generators are essential because they provide a clean and renewable power source which is also great for the environment.

It is also very efficient and can be used to power a variety of devices and appliances. People will rely on these technologies more than ever before in the future to survive and stay connected.

CPAP machines and other health monitors that must be powered are critical medical devices that require solar generator power. They are used to power a fridge, fans, medium-sized refrigerators, and air conditioners to ease the heat, in addition to powering these devices.

On the other hand, the solar generator has drawbacks which you should know before buying one. If you are in doubt about whether you can’t DIY the installation, the solution is to seek professional installers.

How Do Solar Generators Work?

A solar generator is a clean and efficient method of generating electricity. It may be used to power homes and businesses in addition to other renewable energy sources such as wind turbines and hydroelectric power plants.

The four major components of solar generators are:

Portable solar panels are an increasingly popular way to generate electricity, especially in remote areas with no grid access. People use them in various applications, from camping and boating to powering emergency lights and cell phone chargers.

An electrical current is created when sunlight strikes solar cells, which are connected to form solar panels. A battery then stores the current.

They are a great way to generate electricity using portable solar panels, particularly in remote locations.

A solar battery is a device that stores energy from the sun to provide power at night or during a power outage. Solar batteries come in various sizes, from small, portable devices to large, industrial-sized batteries.

You can use it to power many devices, from small electronics like cell phones and laptops to larger appliances like refrigerators and water pumps.

Solar batteries are an environmentally-friendly way to store energy, as they do not produce emissions or waste products. Today, the majority of solar generators are lithium-ion batteries.

Inverters act as the brain of solar systems, enabling you to utilize the electricity generated by your solar panels. Choosing the right inverter setup for your house can be difficult because inverters are critical.

An inverter converts the battery’s DC electricity into AC energy when you want to use it. Solar generators typically feature USB ports, AC outlets, and 12V carports so that you can charge several devices.

Solar generators have a lot of pros over traditional generators. In this article we will go through these advantages that you should know:

Free Fuel From the Sun

Solar generators provide several advantages over traditional generators; one of the most significant beings is that they can run off of free fuel from the sun. It means that as long as the sun is shining, you can generate power without worrying about running out of gas for a gas generator or diesel.

One of the advantages of solar generators is that they produce clean, renewable energy. You don’t have to fret about the monetary expense of using fossil fuels to power your generator or the environmental consequences of using gasoline, since solar generators don’t emit pollution when they create or store power.

You can relax knowing that clean energy will power you during a camping or boating excursion.

Solar generators also don’t require much maintenance, since there are no parts that need to be regularly replaced or serviced. A solar generator is an excellent option if you’re looking for a generator that won’t disturb your peace or require much upkeep.

Here are the cons of solar generators:

It means that if the power goes out at night, the solar generator will not be able to recharge until the sun comes up. There can be issues if the power outage lasts more than a day.

There is no need to fret about weather conditions or the time of day when recharging fossil-fueled generator batteries, as you can always get extra power when you need it. A 100-watt solar panel would require more than nine hours to charge a mid-sized solar generator battery.

Solar generators have high upfront costs, which can deter people from using them. Gas generators usually cost an amount of $1,000. Solar generators, however, have prices of approximately $2,000 and have significantly lower operating expenses. It means you will save money over the long run.

A solar generator is a great way to have a renewable energy source, but one of the disadvantages is the limited power supply. A solar generator’s power output depends on the sunlight it receives. It can be a problem on cloudy days or during the night.

What Can a Solar Generator Power?

These devices can power anything from cellphones to refrigerators to air conditioners, among other things. There are two kinds of solar generators, portable and fixed.

Portable solar generators are small and can be carried around, making them ideal for camping or other outdoor activities.

Stationary solar generators are larger and must be installed but can provide power for an entire home or business.

How Big of a Solar Generator Do I Need?

You should size your solar generator according to your requirements. Little generators (less than 1,000 watts) work with small devices such as laptops, phones, and lights. Generators between 1,000 and 3,000 watts can support large appliances such as refrigerators and microwave ovens.

You may use a solar generator to power an entire home, provided it has over 5,000 watts. It’s quiet, doesn’t require fuel, and requires little upkeep. Numerous generators are on the market, and many manufacturers claim that their machines can keep your home running in a crisis.

Let’s look at three types of devices you want to power.

Using a 300-watt solar generator for these devices is enough for several hours. It is recommended to use a 100-watt portable solar panel.

Your household appliances can remain on with this solar generator during a brief power outage due to a storm or hurricane or a tree falling on a power line and cutting off power to your home. Here is a list of what it can power:

A slightly bigger solar generator, like the Jackery Explorer, is ideal for these devices. It may charge refrigerators during brief power outages or power your pellet grill and television while camping.

You must install solar panels to charge the solar generator. A portable one hundred watt solar panel is our preferred choice.

You can use several larger solar generators to power most of your house. However, you would need an inverter and charge controller to power your entire home. You may connect devices in series and plug specific devices into different generators.

Is a Solar Generator Worth It?

Solar generators are used to generate electrical energy from sunlight. They are often used in conjunction with other renewable energy sources, such as wind or hydropower. Solar generators can be used to power homes, businesses, and even whole communities.

Additionally, technological advances have made solar generators more efficient and easier to use. Solar generators can be an excellent investment for homes and businesses looking for an environmentally-friendly, cost-effective way to generate electricity.

Whether you’re looking for something to power your area in an emergency or want a generator you can take with you on camping trips, we’ve got you covered. There’s a leading company in the market in terms of the different kinds of solar generators.

You should do a little research and choose the best one for you. Just remember that it’s not about what companies they come from, but the quality of energy loads they will give you and the rest is their efficiency and more. 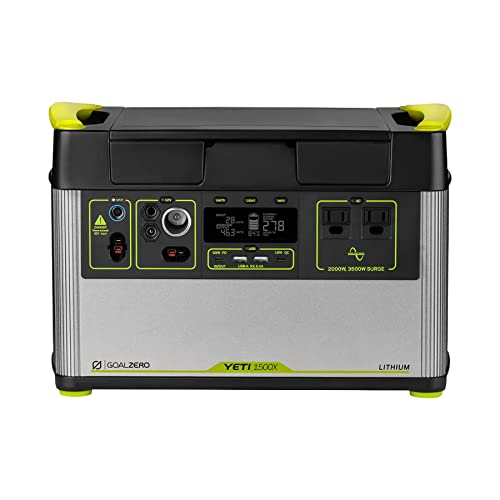 The Yeti 1500X from Goal Zero is a decent generator with adequate – but not remarkable – storage capacity, so (like most generators), it will be able to recharge and power a handful of devices, but not for an exceedingly long period.

This type of generator has two USB-A, 60W USB-C PD, and one 18W USB-C output port available. The battery is composed of Lithium Nickel Manganese Cobalt Oxide (NMC). The storage size is 1,516 Wh.

This solar generator is an excellent alternative for powering a handful of essential devices on a camping trip. This kind of generator has a 1,000-watt NMC battery built into the PowerHouse to store up to 1,002-watt-hours of electricity.

Two USB-C ports with PD, one USB-A port, one Quick Charge 3.0 port, and three 110V AC outlets are provided, in addition to a 12V DC outlet.

Generators produce electricity from the energy produced by natural sources, like the sun. Some of the most popular and efficient models of generators are portable solar generators which are great for the operation of appliances.

They run off a large battery which powers your home’s electricity when sunlight is present. The solar generator can even power your home without relying on the grid, which is great for emergencies and cost-effective

How many solar panels do I need to power a generator?

You would need many highly efficient solar panels exposed to direct sunlight to generate enough electricity to power a generator.

Can you use a portable generator with solar panels?

Portable generators are a great way to get power when needed, but they can be expensive to operate. Solar panels can help offset the cost of running a portable generator by providing free electricity.

You can use solar panels to power a portable generator, but they will not provide enough power to run the generator for extended periods.

What size of solar generator do you need to run a house?

To determine the solar generator’s size, you must run a house; you must first understand how much power your home uses. You can do it by looking at your past utility bills or by using a home energy monitor.

Once you know your home’s energy usage, you can select a generator that can provide that much power. For example, if your home uses 1,000 watts of power, you need a 2,000-watt generator.