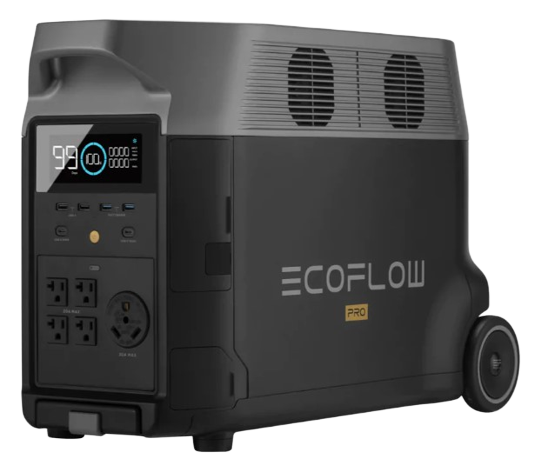 There are many solar generators on the market, and all have their advantages. While there is a lot of information on their articles and sites, it may not answer the question you have.

One of the most common questions is how long these solar generators last. While each brand is a bit different, depending on the products they use, there is a general lifespan you can use as a guideline.

Keep reading to learn more about the average lifespan of all the parts of the average solar generator.

How Long Is the Average Lifespan of a Solar Generator?

A solar generator is made up of a few main parts. Except for solar panels, they are all contained in one space unless you make the generator yourself.

Solar panels are often the longest-lasting part of the whole power station. This is because a solar panel is a pretty simple technology compared to other devices, and doesn’t have a lot of parts that can wear out or break down.

For the most part, solar panels will last for about 20 to 25 years. Some poorly made ones may only last about 15 to 20 years, which is still a fairly long time.

The maximum power point tracking (MPPT) charge controller is what stabilizes the electricity as it moves from the solar panels to the rest of the system. Solar energy is unstable and fluctuates a lot, which can cause the other types of machinery in the system to fry if a surge occurs.

Primarily, they protect the battery life and battery capacity by stopping the battery from overcharging.

These last about 15 to 20 years on average. That’s about 5 years less than solar panels. It is best not to try and drag out the lifespan of charge controllers as they are vital to the whole system and can cause a serious problem if they don’t work properly.

An inverter is what makes power stations useable for devices like laptops and phones. They convert the direct current (DC) power that the solar panels produce from sunlight and turn it into an alternating current (AC) power source.

This is the power you have in the outlets of your home. These are some of the most mechanically-intensive parts and tend to have a short lifespan of 10 to 15 years on average.

Technically, batteries have a short lifespan. However, there are a lot of factors that go into the age of a battery, including the quality, type, and how often you use the solar power generator. However, on average, you can expect the power supply to last anywhere from 5 to 10 years.

This makes batteries the shortest-living part compared to any of the others.

What Is the Average Lifespan of a Solar Generator Battery?

Batteries are not often determined by the years they last, but by how many times a battery undergoes a discharge and recharge. This is known as a cycle, and each kind of battery has a different amount of cycles it can handle.

However, if used every day, a battery, even a lithium battery, only has roughly seven years.

How Long Do Lead-Acid Batteries Last on Average?

A lead-acid battery often lasts about 1,500 cycles. This makes their average lifespan 3 to 5 years, but sometimes they can last as long as 12 as long as they aren’t used daily and proper maintenance is done.

How Long Do Lithium-Ion Batteries Last on Average?

Lithium-ion batteries have recently undergone a good increase in their lifespan. New lithium batteries can easily last between 3,000 to 5,000 cycles, which makes them last twice as long as lead-acid batteries.

How Long Do LiFePO4 Batteries Last on Average?

Technically, LiFePO4 batteries are still made from lithium cells. However, LiFePO4 has a few differences in their designs that make them easily last 10,000 cycles with proper maintenance and can be a lot safer. Most of the time, their minimum life expectancy is about 10 years.

Especially with lead-acid batteries, completely draining the battery load can severely damage the lifespan of the battery. However, you don’t want to overcharge either, as that can put a strain on the battery and limit its ability.

For these generators, keep the battery between 20% and 80% for the best efficiency and longest-lasting appliances.

In solar generators, everything is contained inside a box. This means that they can’t get dirty easily, so you might not think you have to do much.

However, regular cleaning can dramatically increase the generator’s lifespan. Solar panels should be wiped down regularly to be the most efficient, but dusting the outside of the generator and the fan can help things as well.

Recalibrating the battery allows the system to make sure the battery is working properly and you are getting the most out of your investment. Recalibrate every few months by following the example in your manual to increase the lifespan.

How long does it take to charge a solar generator?

Most of the time, the generator will give you an idea of what you can expect for charging times.

How long do the charges for a solar generator last?

Again, this depends heavily on the number of items you are powering at once, and the size of the battery. If you are powering a refrigerator constantly, a generator will die a lot faster than if you are just using it once or twice a day to power some electronics.