How Many Batteries Do I Need for a 300 Watt Solar Panel? 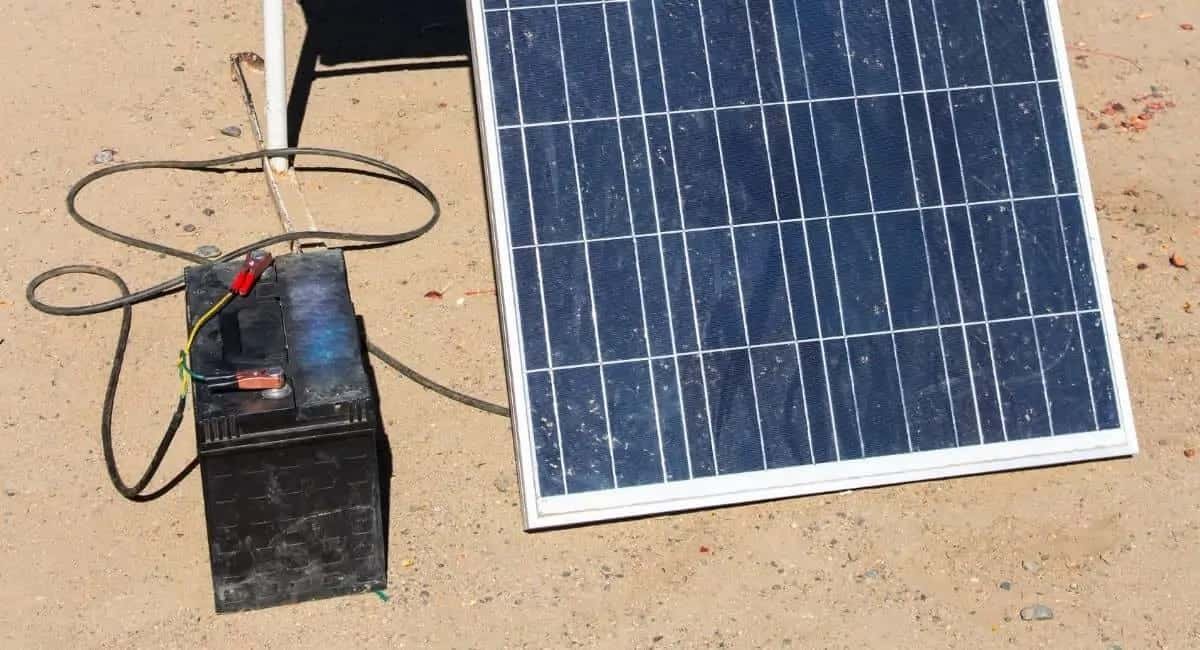 Switching to solar panels will reduce your power bill, lower your carbon footprint, and even earn you big tax breaks through government funded incentive programs. However, solar panels aren’t always the best when the sun isn’t around, like at night or on cloudy days.

The good news is that now there’s a way to fix that drawback! By using batteries to capture and store the unused energy, homeowners can easily avoid solar panel’s only major pitfall!

How Do Solar Panel Batteries Work?

When your solar panel collects energy from the sun, most of it goes directly to powering your devices. However, the energy that isn’t used is stored. This energy is then used to charge the batteries, which can supply energy in times that a home isn’t exposed to direct sunlight.

The use of batteries helps make solar a reliable form of energy for many American households, even ones that don’t get sunshine 365 days a year.

It’s very important that the batteries can store all of the excess energy created by the panels. If they can’t, then much of the energy that isn’t being directly used at the moment of solar capture will go to waste.

How Many Batteries Do I Need?

An amp-hour (Ah) is the unit of measurement used to describe how much solar energy a battery is holding. This will tell you how many amps the battery will be able to provide over the course of an hour.

Common battery sizes for solar panels are 50Ah, 100Ah, and 200Ah. Over the course of the day in which a solar panel receives an average amount of sunshine, it can be expected to store around 200Ah of energy.

To maximize what can a 300-watt solar panel run, as we mentioned earlier the number of batteries needed to ensure that a 300 watt solar panel isn’t wasting any excess energy in a single day is either 1, 2, or 4, depending on if the battery Ah is 200, 100, or 50.

For smaller solar panels, also check: how many batteries can a 100-watt solar panel charge?

What If I Live Somewhere Cloudy?

For people who rely on solar as their primary source of energy, multiple cloudy days in a row can pose some issues. Just because the 300 watt panel can charge a battery that can hold 200Ah, doesn’t mean that the 200Ah will cover all of your needs.

In this case, how many batteries you need depends on the specifics of where you live and your home’s particular energy demands. For example, if you expect that you might have multiple days on end with no sunshine, it’s probably a good idea to have as many batteries installed as you’ll need to survive those sun droughts.

Similarly, if the device you’re using the 300 watt solar panel to power needs more wattage than a 200Ah battery can hold at once, more batteries will be necessary in order to ensure that the device is properly powered during back-up periods.

We hope that this article has helped you come to understand solar panels better and realize their capabilities! With all the advantages of solar panels, there doesn’t have to be any drawbacks due to solar panel batteries!