How Noisy Are Solar Generators? 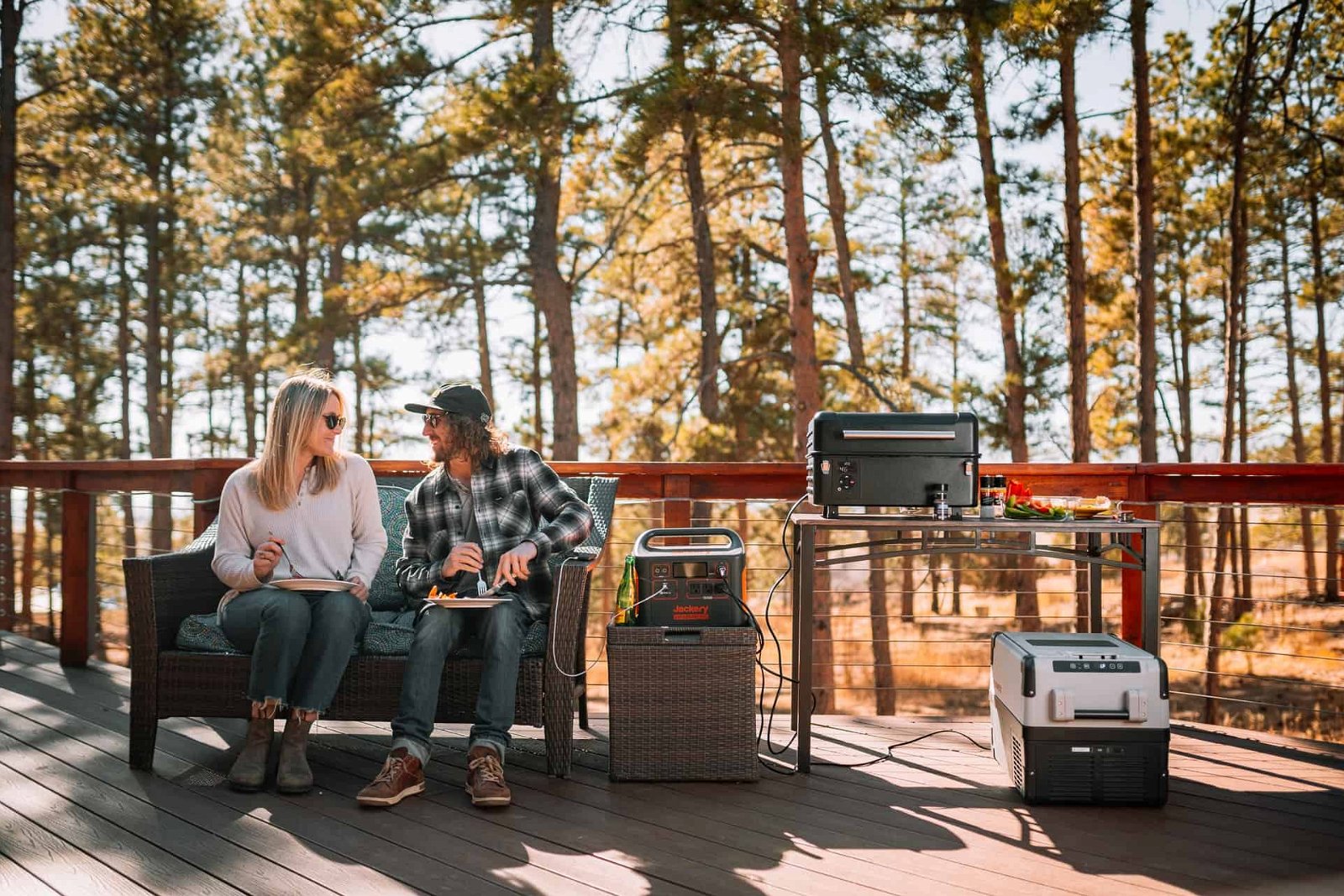 If you are looking for an efficient, reliable, and eco-friendly option to generate power off the grid, then you may be interested in solar generators.

Solar generators use the power of the sun to generate electricity, and they are becoming increasingly popular as people look for ways to reduce their reliance on fossil fuels. While people around the world get more interested in solar generators, some may wonder how noisy are solar generators?

The only noise you might hear from a solar generator is from its cooling fans and a slight buzzing from the inverter, but these are both hard to recognize unless you’re pushing it beyond its limits.

Now that we know that solar generators are relatively quiet, it’s time to understand what kind of noise they might make. Most of the options available on the market are completely silent and can do their job efficiently. You will not even hear the solar generator for the most part.

For some solar generators, you may notice a little sound or you have to listen intently to hear anything. They aren’t loud enough to disturb the peace in your private property.

Some solar generators produce very little noise in a way. The occasional click of a switch, perhaps, or the slight humming. But those are the only sounds you’ll ever hear from them. And that’s why it makes sense to use them within your off-grid home.

Why Are Solar Generators Less Noisy?

Unlike the traditional gas generator, as mentioned they do not rely on engines. They are safe, environmentally-friendly, and easy-to-install. A solar generator is a compact power source that works with the other components: a set of solar panels, a battery, a charge controller, and an inverter.

The solar panel collects solar energy from sunlight and converts it to electrical energy. This energy is then stored in a battery for later use. The charge controller regulates the amount of current going through your batteries so they don’t overheat or discharge too quickly.

It also protects them from being damaged by overcharging or discharging too much current at once. While the inverters convert direct current (DC) generated by your photovoltaic cells into alternating current (AC).

Solar generators or power stations come in with a readily available port, some do have multiple ports. This makes it possible for you to use different appliances and devices without having to plug them directly into a wall socket!

The whole process does not involve noisy engines and extraneous movements of parts, for that reason solar generators produce little to no noise making them more suited as an indoor power supply.

How Noisy Are Fuel or Gas Generators?

For the purpose of letting you know how noisy are traditional generators are, we cited here some examples:

High levels of noise pollution may not just annoy you, your employees, and your neighbors. Constant exposure to loud noises can pose a serious health hazard and can cause hearing loss over time. This is according to the Occupational Safety and Health Administration (OSHA).

Why Are Fuel or Gas Generators Noisy?

There are plenty of reasons why traditional generators are noisy. Below we will name a few example:

Generators powered by fuel are noisier and this thing can be quite annoying to those who want to enjoy the quiet and solitude of living off the grid. A solar generator does not have all of these components so it will not make as much noise.

Other Benefits and Advantages of Solar Generators

Aside from producing no noise, solar generators have plenty of other benefits and advantages over traditional generators. These includes:

Other than having to pay for the initial cost of the equipment to get the solar generator, solar power recharging is free. You can get unlimited power from the sun.

You don’t have to worry about fumes: Traditional generators powered by fuel produce smelly and toxic fumes. With a solar generator, issues like this are not a problem.

Solar generators source their power from the sun, and do not use fuel, so it’s a clean and renewable energy source. They don’t make noise and do not have a negative impact on the environment.

Since solar generators do not have moving parts, they need less maintenance other than cleaning.

Solar generators come in smaller versions called a power station. Some power stations are available in kits that include everything you need. This type is highly portable. You can take it anywhere with you since it’s light and does not take much space.

This makes them a perfect choice for individuals who are natural explorer and love outdoor activities like camping. These benefits along with the many advantages make solar generators a good alternative power source among others.

Though initial investment could be a possible issue, it can definitely pay off the price in no time.

While solar generators have plenty of advantages they also have their own share of disadvantages, some of these are:

Solar generators and their parts are sensitive to heat and may not do well with long exposure to high temperatures. Keep them in an area where there is good airflow.

Solar generators may produce an inconsistent energy supply if the sun is not out but you can make use of its batteries to store some extra energy when there’s enough sun.

The initial cost of having a solar generator could be higher. Prices depend on the types, size, and capacity of your requirement. They may not seem affordable, but you do not need to buy fuel to power their operation.

Depending on your location if in case your place does not receive much sun it can take a while to charge up usable amounts of energy.

Like any other product, they do have their cons. Consider these things before you make a purchase.

Hope you enjoyed some additional information in this article about solar generators in comparison to the traditional generator. In general, the benefits of solar generators could outweigh their drawbacks in the long run.

With little to no noise, solar generators can help you improve your quality of life while living off-grid.