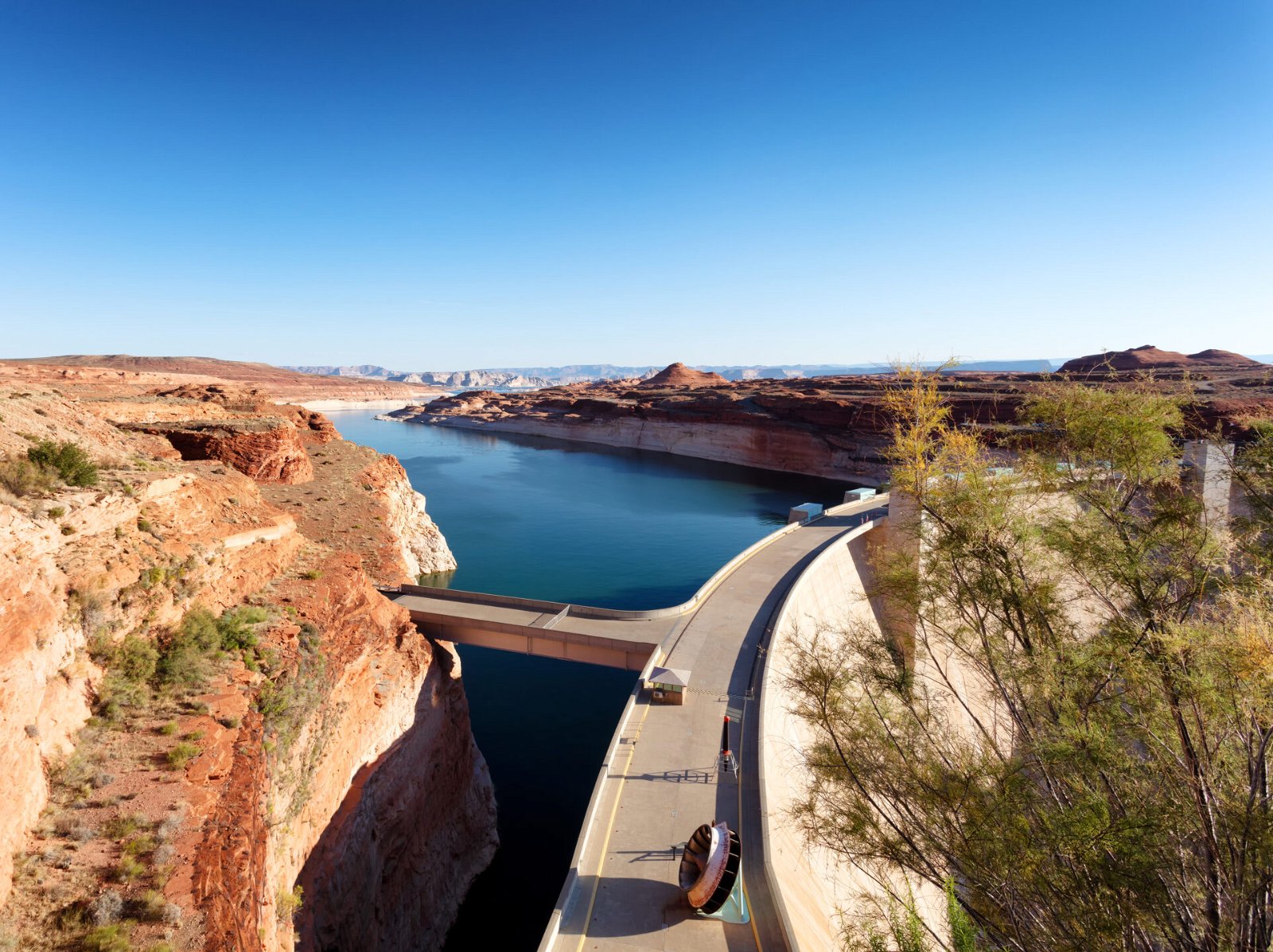 There are many hydropower facilities and reservoirs throughout the world. One of the best-known ones is the Hoover Dam and the Three Gorges Dam, but there are ones in every location you can think of, even in China and France.

There are thousands of dams in the United States alone, though not every structure is designed for the production of power and providing energy for the grid. Despite the positive effects and energy advantages that hydropower has, many people protest the operation of dams, believing that they will cause harm to a local resource or that the sites will cause more damage than advantages.

This has led to many posts and even a project or two focused on stopping these products and reducing the amount of water energy sources by force. Myths often occur due to a lack of information and content online about individual problems.

By posting questions, topics, as well as listing any advantage and disadvantage in general terms, we can help people understand the difference in renewable energy sources and the number of technologies, and infrastructure improvements that have been made in recent years.

What is Hydropower Energy?

There are only two states in the United States that don’t rely on hydroelectric power at all, and those are Delaware and Mississippi. Washington gets about 66 percent of its power via hydropower.

One of the most well-known practices of hydroelectric power is dams. However, these large, bulky dams aren’t the only option.

Much smaller designs can be built as well and damless options are also possible via diversions of the river through a powerhouse. Rivers, streams, and lakes can all be used for electricity generation.

How is Hydropower Energy Generated?

Hydropower is generated from the movement of the water. Originally, things like water mills were used to convert water movement into power or energy of some sort. Then, people used things like dams and damless methods that utilize the movement of water by diverting it or storing it to create an energy source.

Since most movement of water is due to gravity, dams usually have to be built higher up. While this can help mitigate floods, it can also create problems if the dam isn’t maintained, which can flood homes and businesses in place.

However, dams are only one form of facility that can be created. Since they are also often the most harmful, there is a lot of science and development going into creating updates and different types of hydroelectric power plants.

No matter the method, they all work generally the same. The movement of the water is what creates energy and power. The water moves turbines, which generate electricity.

To break it down a little more, water flows through a pipe, called a penstock. This water is what moves the turbine, which spins a generator, which produces electricity. Both water storage that rely on water pumping and run-of-the-river systems work this way.

Hydropower is costly on the surface. Dams need expensive repairs to allow animals to move through and to make sure cracks and structural damage doesn’t cause flooding and broken machinery.

Even the methods that don’t involve a dam involve rerouting a river, which can be very expensive.

For this reason, you might expect that hydroelectric dams and damless practices produce very costly energy. However, that isn’t the case. Most hydropower in the U.S. produces electricity that costs about 0.85 cents per kilowatt-hour.

Additionally, hydropower doesn’t experience unstable fluctuations in costs. The cost of operating a plant doesn’t correlate to the rate of inflation.

It also beats most, if not all, other renewable energies and their efficiency, which often falls below the efficiency of fossil fuels, around 40 percent efficient.

Hydropower is very reliable. The United States has been using it for well over 100 years without any problems. With dams, you can even control water flow, allowing you to keep up with peak demands easily.

They also allow you to store water, so that you don’t have to waste energy when it isn’t needed.

There are many benefits of hydropower energy.

Unfortunately, no source of energy is perfect, and there are some drawbacks to hydropower energy.

How Hydropower Energy Compares to Other Forms of Energy

From a cost perspective, hydropower comes out as the winner. It is one of the cheapest options that also allows you to generate energy on demand. It is also clean and renewable, making it an ideal choice as no energy storage is needed to power local areas.

However, while it is clean and renewable, it does have other impacts on the environment, such as influencing water flora and fauna that naturally live in the water. It can also displace people and animals near the river, which can harm the environment in other ways.

A Brief History of Hydropower Energy

The power of water has been used for many centuries. Water mills have been around for a long time, processing grain into flour. However, in 1882, the world’s first hydroelectric plant began operating in the United States. It was created in Appleton, Wisconsin on the Fox River.

The creator of the first, modern, water turbine was developed by James Francis, who was a British-American engineer.

How Hydropower Energy is Used Today

Today, hydropower is used as an additional power source. Additionally, in areas where dams were built, the area is often used to bring in an increase in revenue. For example, in Wisconsin, there is a medium-sized hydropower plant that increases the recreational value of the area by $6.5 million annually.

The dam brings in tourists by offering areas for boating, swimming, hiking, picnicking, and more.

The Future of Hydropower Energy

Surprisingly, despite the potential for cheap energy thanks to hydropower, not much focus is on it. For example, not every dam in the United States generates power. There are about 80,000 dams in the country, and only about 2,400 generate power.

Adding turbines to already-existing dams is very cheap and easy. However, no work is being put towards that. Instead, the Department of Energy in the US is focusing on other forms of power, putting $1.2 billion towards wind, solar, and geothermal.

Meanwhile, only $10 million has been put towards hydropower. Part of this is due to the myths surrounding it and the high initial costs. However, hydropower can support even peak electricity demand, as our data has shown, more so than a traditional power plant or steam power can without causing the release of greenhouse gasses.

We can use water in many ways as well, including harnessing the power of the oceans to move turbines.

Hopefully, by spreading awareness on every social media page, YouTube, and even LinkedIn, we may be able to spread awareness. We can even provide links to informative links, such as to the Tennessee Valley Authority.

Lack of information can come to a head with non-peaceful protests that occur simply due to people not understanding the power of hydroelectricity and the amount we have grown with research.

What are the environmental impacts of hydropower energy?

Hydropower has the potential to destroy wildlife habitats, scenic lands, forests, agricultural lands, and more. However, more and more research is being done so that these methods no longer have to be used as often.

While it isn’t perfect, it is better for the earth and has the ability to grow and adapt with the times across a range of areas as we learn more about the advantages and how these dams affect wildlife and the environment. It is one of the principles of life to do no harm, and with enough research and determination, we can achieve that with hydroelectric power throughout the world.

While we can’t take back our harmful history, we can work to make sure that the next generation and the generations after have the rivers, plants, and information we didn’t have to make better communities and reduce the effects on the environment, and even our oceans.

What are the social impacts of hydropower energy?

There are both positive and negative impacts of hydropower energy. For example, improved flood control and economic growth are both good, but occasionally, people have to be displaced and jobs are lost from the implementation of dams.

Additionally, while economic growth due to recreational activities is possible with the addition of facilities, landmarks and views can be lost, especially on mountains, as dams have to be built at a higher elevation most of the time.

What are the political impacts of hydropower energy?

Since displacement can occur, many dams may be placed in poorer communities where voters and large communities aren’t as present. These people are often already struggling and relying on the land to make ends meet.

Additionally, more corrupt political parties may use hydropower as an excuse to displace problem communities, such as natives or communities that need more support than others, especially throughout the world.

Finally, making promises about the sites where production of hydroelectric energy sources will be located can be a huge political play. Instead of a power plant being located where its operation is more useful and less harmful, they may be placed where the impacts are worse to get votes and support their government’s structure.

For example, while it is relatively cheap to put turbines into old dams that aren’t generating electricity, that hasn’t been done yet. Though the cost is much cheaper than things like solar panels and installation from a company, it hasn’t happened yet.

How does hydropower create electricity?

Hydropower, which is produced by using the kinetic energy of flowing water, is a renewable source of energy. Water currents turn turbines that power generators, generating electricity.

The rotating turbines supply mechanical energy, which is transformed into electricity by the generators. To create electricity for homes, companies, and other uses, hydropower is a clean and renewable energy source.

A powerful water supply, such a river, stream, or waterfall, makes it an ideal location for its usage. Hydropower, which harnesses the electricity of flowing water, can aid in decreasing the usage of fossil fuels and associated emissions.