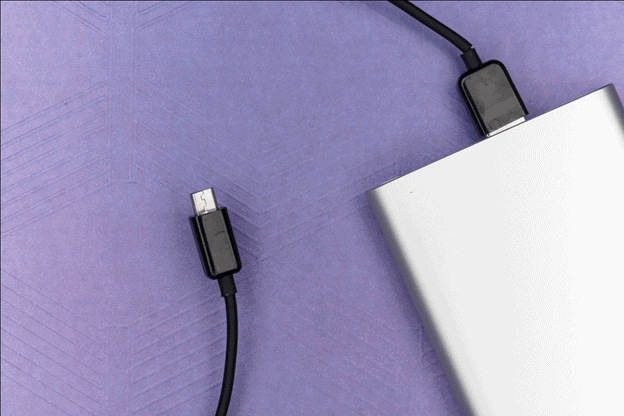 As a young, budding cinematographer, I make sure all my devices are charged at all times. I have heard dangerous stories about equipment malfunction during shoots and filming, most of it occurring due to insufficient charging, and I want to avoid such incidents at all costs!

Plus, as a cinematographer, I am always traveling to the strangest of places. Sometimes, we shoot in the middle of the desert, while at other times, we film in a forest and or even in the snowy mountains to get the perfect shot.

In these places, I can’t charge my device, and getting the perfect shot requires high-quality, fully-charged equipment. This is where solar power banks come in.

Solar power banks have made my life easier. With an extended battery capacity, a solar charger power bank keeps all my devices charged throughout the day. My team and I often find ourselves solar charging phones, laptops, cameras, and other equipment that helps us get our work done.

When I conducted my first solar charger power bank purchase, I conducted a lot of research. After days and days of hard work, I bought Lit’s solar charger. In this blog, I would like to share my insights about Lit Mobile’s Solar Power Bank that I use while I am on the go.

So, let’s get started!

Lit Mobile was founded in 2018 in the United States. It soon gained popularity and became one of the most sought-after electronic brands. The company is famous for manufacturing solar charger for phone and solar power banks.

The company was established on the principle of bringing innovative solutions for adventure seekers, explorers, campers, backpackers and all other consumers who want mobile power while they are outside of their houses.

To know more about this solar power bank, keep reading.

The Lit Mobile Solar Power Bank 20000 mAh comes in a safe, black, aesthetically appealing box that says “lit,” and has a picture of the solar power bank on top. It comes with a USB cable that needs to be attached to an adapter to charge the solar power bank.

The powerful 20,000 mAh battery is made of lithium ion, which is the most effective battery material and has the greatest depth of discharge. Whether you want to charge numerous devices or just want to charge your phone multiple times, this solar charger will make it possible for you!

Since some people prefer charging multiple devices at one time, the company has added 3 separate USB cable charging ports to the solar power bank. Two out of the three USB cable ports support fast charging.

Fast charging is a popular feature in today’s smartphones. The multiple charging ports are ideal for campers and explorers who like to stay outdoors for long periods of time and need to charge multiple devices like phones, GPS tracking devices, portable Bluetooth speakers.

One of the most useful features of the solar power bank is wireless charging. Being able to charge your device wireless-ly can be a blessing, especially while you are traveling.

You won’t need to carry around any cables or fetch them in your luggage every time your devices need a charge. With wireless charging, you can also unplug your device in less than a second without spending any time disconnecting cables.

The solar power bank supports wireless chargers (unlike most power banks that require a cable) since it is a very popular feature among new smartphones, especially Samsung and iPhone models. Whether you have an iOs or Android phone or a PC or Mac, you can count on this solar power bank to charge it without a wire.

The solar power bank is made of hard, protective silicone, which is ideal for outdoor activities since the material can withstand harsh conditions. The outer over of the power bank is not only shock proof but also water proof and dust resistant.

However, the hard protective cover does not make the device look bulky or ruin its visual appeal. The solar power bank is lightweight and fairly sleek as compared to other solar power banks.

The solar power bank has 4 LED indicators that can tell the amount of charge left in the battery. It also has an LED lamp that can be used as flashlight while camping or trekking at night.

I believe that the 20000 mAh solar power bank by Lit Mobile is a great option for someone who is a beginner when it comes to solar charging. It is lightweight, has an effective battery with a large capacity, is water and shock proof, is portable, comes with multiple charging ports and supports fast charging as well! With that, let me say that I already know what my next purchase will be!

Whether you are a camper, adventure seeker or someone like me whose work demands the use of gadgets, invest in a good solar power bank and charger so you never run out of battery again!