What Part of the United States is Best for Capturing Solar Energy? 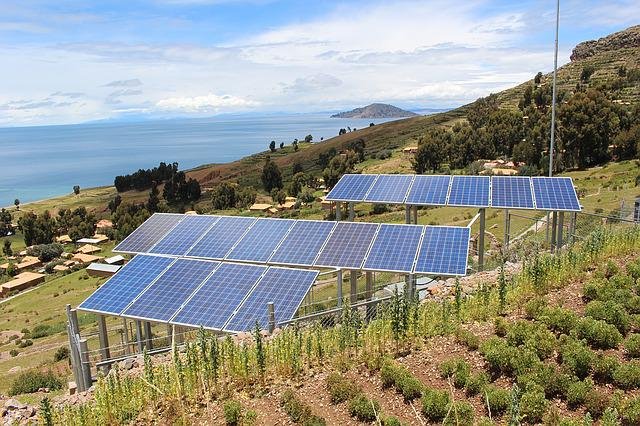 Thinking about going solar? That’s great, for you and for your energy bill! But what you might not realize is that your geographical location can actually affect the performance of your solar panels. Certain places in the United States capture more solar energy than others.

Curious to learn more? This post will tell you everything you need to know about how your location affects your solar energy.

Which Locations in the United States Are Best for Capturing Solar Energy?

It would be hard to rank every city or state in the US by how well they can collect solar energy, but we can estimate. In general, the best places for capturing solar energy are in the South Western region of the United States.

Arizona, New Mexico and parts of Southern California see more sunlight per day than most other regions of the country. Because these areas are farther South, the days tend to be longer – especially in the winter – compared to Northern regions.

They are also arid areas that see more days of sunshine per year than other regions.

Why Does Location Matter?

Solar power works by capturing energy from direct sunlight and converting it into useable energy.

It is a great alternative to more traditional energy sources in terms of budget friendliness and sustainability, but if you can’t capture enough sunlight during the day, installing solar panels in your home probably won’t be worth the money.

There are two factors that can impact how much sunlight a solar panel will be able to absorb: the length of the day, and the strength of the solar radiation.  The best places in the US for solar energy are the places that see the most sunlight per day – that’s why areas in the South of the country are generally better for solar energy.

Solar radiation also makes a difference. Arid, dry regions of the country see stronger sunlight than others, which means solar panels will be able to absorb more energy while the sun is shining.

What Other Factors Should You Consider?

Of course, you don’t have to live in one of those regions to make the most of solar energy. There are a few other factors that you can take into account to know whether or not solar will be worthwhile.

For one, you should consider the amount of energy your home uses. How often you run electronics and other devices will make a difference in your energy consumption.

If you live in a hotter area and have to run an air conditioning unit on a regular basis, that will also affect your energy consumption – the same thing can be said for heaters in cold areas. Another important factor is what other energy sources are available to you.

If you live in an area that does not see much sunlight, but has plenty of wind, you may want to look into wind energy as a more viable natural alternative.

Using multiple energy sources in your home is also an option. Get in touch with your energy or power provider to learn about adding solar to your regular energy plan.

Do I Need To Live in an Area That Gets a Lot of Sunlight To Use Solar?

While it is true that certain parts of the United States will be able to capture solar energy better than others, there is no reason you can’t install solar panels wherever you live.

The only difference is that, if you live in a region that does not see as much daily sunlight, you will probably want to have an alternative energy source to fall back on in case your solar panels cannot absorb enough energy to meet your daily needs.

Of course, solar energy is not only used to power homes. There are tons of devices that are powered exclusively by solar, from outdoor lights to ordinary electronics.

You definitely don’t need to live in a certain region to use smaller solar-powered devices – just leave them somewhere they will see plenty of direct sunlight during the daytime, and maybe have a backup power source in case sunlight isn’t available.

If you are considering powering your home with solar, you are on the path to a more affordable and efficient home – but where you live can make a difference. Hot, arid regions in the South of the country see more strong sunshine per day than other regions of the United States, so solar panels will be able to gather more of a charge there.

Most of Arizona, Southern New Mexico and some parts of Southern California are great for capturing solar energy.

If you don’t live in one of those regions but still want to go solar, don’t worry – just monitor your home’s energy consumption, and have a backup source of power just in case your solar charge isn’t quite enough.