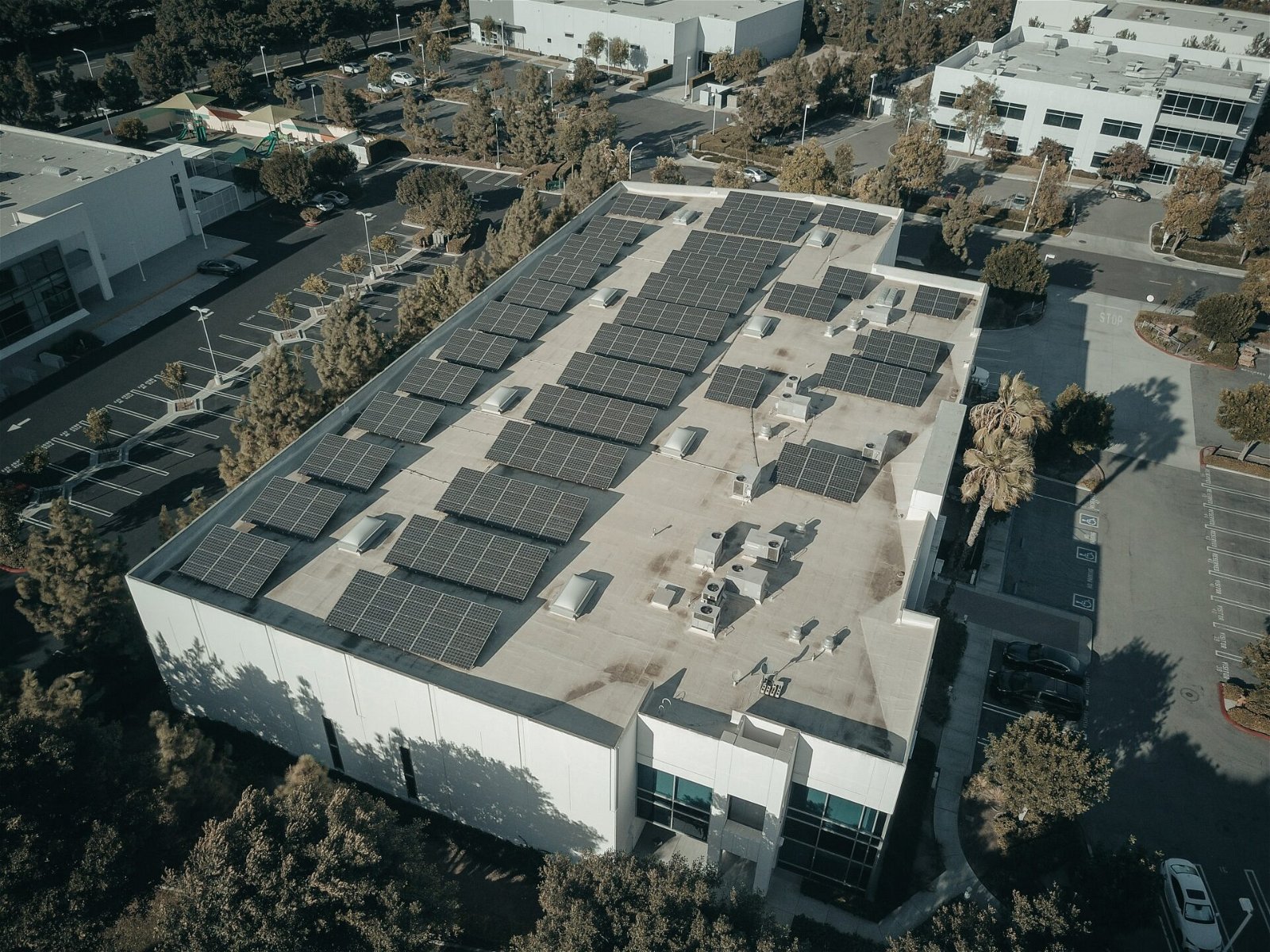 Rooftop solar is one of the most common forms of solar. It works in very urban places, including in the heart of cities, because it doesn’t take up a lot of space. It can be put on a roof, or in spaces that aren’t being utilized for anything else.

Depending on how you choose to make your system, rooftop solar allows homeowners to get the power they need while spending less on the grid. They may even be able to have temporary backup power if the grid shuts down for a little bit.

But what exactly is rooftop solar, and how does it work? Keep reading to learn more and see if rooftop solar may be for you.

What Is Rooftop Solar?

However, not all of these parts are necessary, depending on what you want to do.

You can harness solar energy in other ways on your roof besides standard solar panels as well. For example, if you are using a water heater that runs off of solar, or reduces its demands by working along with solar, you may have tanks and tubes of water on top of your roof as well to get the heat from the sun instead of the sunlight.

The way rooftop solar works is pretty easy. Generally, it is best to have a contractor do the work, so you make sure the panels are installed correctly, in the right place, and that everything is sealed at the end, but those with some experience regarding solar systems and knowledge of required permits can likely do it themselves.

How Does Rooftop Solar Work?

Rooftop solar works like most solar power, but the solar array is placed on a roof instead of on a tower in the ground. The solar panels are set up to face the sun. There are multiple kinds of panels, but all of them work roughly the same. They are installed on the roof, facing the sun, usually south, and at the most ideal angle they can reach.

Then those solar panels are connected via wires to a charge controller or your electric meter. The power will then go to your utility company, into your home, or to your battery bank, depending on how your system is set up.

Is Rooftop Solar for Commercial or Residential Use?

Rooftop solar can be used for commercial or residential use. Many businesses add solar to their roof to offset the electricity they are using, much like residential users would. If the business adds a battery bank, they also can ensure they have power for a while when the grid goes down to keep their electronics, ovens, or products safe.

Homes can also do the same by adding battery banks, so you don’t have to worry about your refrigerator spoiling or not having the power you need for a hot shower after a long day of work.

Solar panels can be put up on almost any roof. There has recently been a push to add solar panels to the top of car garages, as this protects the cars from the sun, and provides power to local businesses and residences, or just reduces the grid’s dependency on coal power.

When Is Rooftop Solar a Good Idea?

Unfortunately, rooftop solar isn’t for everyone. First, you must own the home you are adding solar panels to. If you are just renting, it isn’t likely your landlord will allow the installation of solar panels, and the cost isn’t usually worth it for you as a renter.

Also, some locations won’t allow solar panels on the roof. Places with HOAs might not allow for them due to the appearance it makes on the home or how it changes property value.

Sometimes, homes don’t have a roof that is feasible for solar panels either. They may be too angled, not facing the right direction, or not allow for the necessary tilt to get the maximum amount of sunlight.

Additionally, some homes may be shrouded in shade due to nearby homes, trees, or other buildings, so they won’t get enough sunlight throughout the day. Of course, if you live in a place where there isn’t much sunlight throughout the year, getting solar of any kind may not be a good idea as the cost compared to the benefits doesn’t make it worth it by any means.

Finally, if you are not planning on staying in your home for a long time, it also isn’t a good idea. Installing solar is a costly investment, and you can’t pack it up and take it with you when you move. Sometimes, the increase in the house cost for installing solar isn’t worth the amount you’ve spent on the system either, so it is best to just buy it and plan on using it to get the benefits.

Still wondering if rooftop solar is for you? Let’s look at a breakdown of some of the pros and cons.

Should I Buy or Rent Rooftop Solar?

For the most part, it is better to buy rooftop solar. It provides you with a better return on your investment, and you actually own the products. This makes it easier so if you have to get parts replaced or you have to move and sell the home, you aren’t dealing with annoying leasing fees or transfers of the lease.

It can be a costly investment, but if you are planning on staying in the home for a decade or two, you will start to see a return on your investment from lower electricity bills.

Can I Use Rooftop Solar and Still Get Power From the Grid?

Yes, you can use a mix of rooftop solar and grid power. Using solar panels doesn’t mean you have to go entirely off-grid. While you certainly can, with the addition of battery backups and inverters, it isn’t necessary.

Many people use a grid-tie method. This allows you to use the solar that your panels are producing when they are working, and then you pull from the grid when that isn’t enough power, or at times when the solar panels aren’t running.

Some people even do something known as net metering. This is when they send their unused solar energy to the grid. The utility company then reduces your monthly bill based on whatever they receive from you. Not every utility company does this, but a lot of them do since it helps to reduce the load on their own grid.

You can then add a battery backup if you want as well. This often costs a good amount more, and requires replacements more often, but can be good for people who use most of their power at night or want to offset price increases from the utility company at certain times of the day.