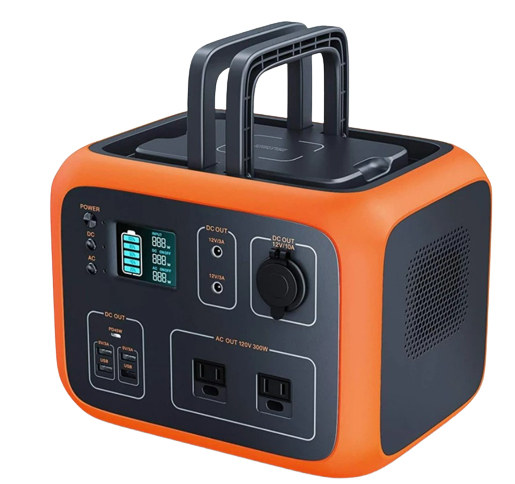 Solar generator and battery bank are two terms that often get thrown around and interchanged, but they are actually not the same thing and have different purposes.

A solar generator is a portable power device that works similarly to a traditional generator but uses energy from the sun instead of gas. It tends to be more environmentally friendly and safe as well, as you don’t have to worry about emissions or fire risks.

These generators can be powered with solar panels that must be bought separately, but they can also often be charged via AC or DC power, such as you would get in a home or car.

There are many different kinds of solar generators and sizes, so you can get a small one to take camping, or one designed to be used in your home in case your power goes out.

They can go up to sizes that allow you to power a fridge, AC unit, or microwave if needed, but can also just be small enough to run your basic devices.

What Is a Battery Bank?

Battery banks are when you connect two or more batteries into one large system by running them in series or parallel, or a mix of both if you have enough batteries. These take up a lot of space and are heavy because they have so many components.

Battery banks are much more stationary and are often built into homes to connect to a solar system mounted on the roof or property. Their most common purpose is to be used during emergencies for backup power, or to reduce the dependency on the grid during cloudy days or at night.

However, they can also be used to allow you to go completely off-grid, especially if you have a large enough battery bank. The size and strength depend on what you can afford, the space you have, and the amount of power you use daily.

Which Is Best for You?

The one that is best for you depends on your needs. Do you travel or move around a lot and want something you can take with you? Or do you maybe want something that can fit multiple purposes? Then the solar generator may be better for you.

If you just want a device that will do one job perfectly and you are content in your forever home, then a battery bank is a great investment.