Solar Panel Color: Does It Matter? 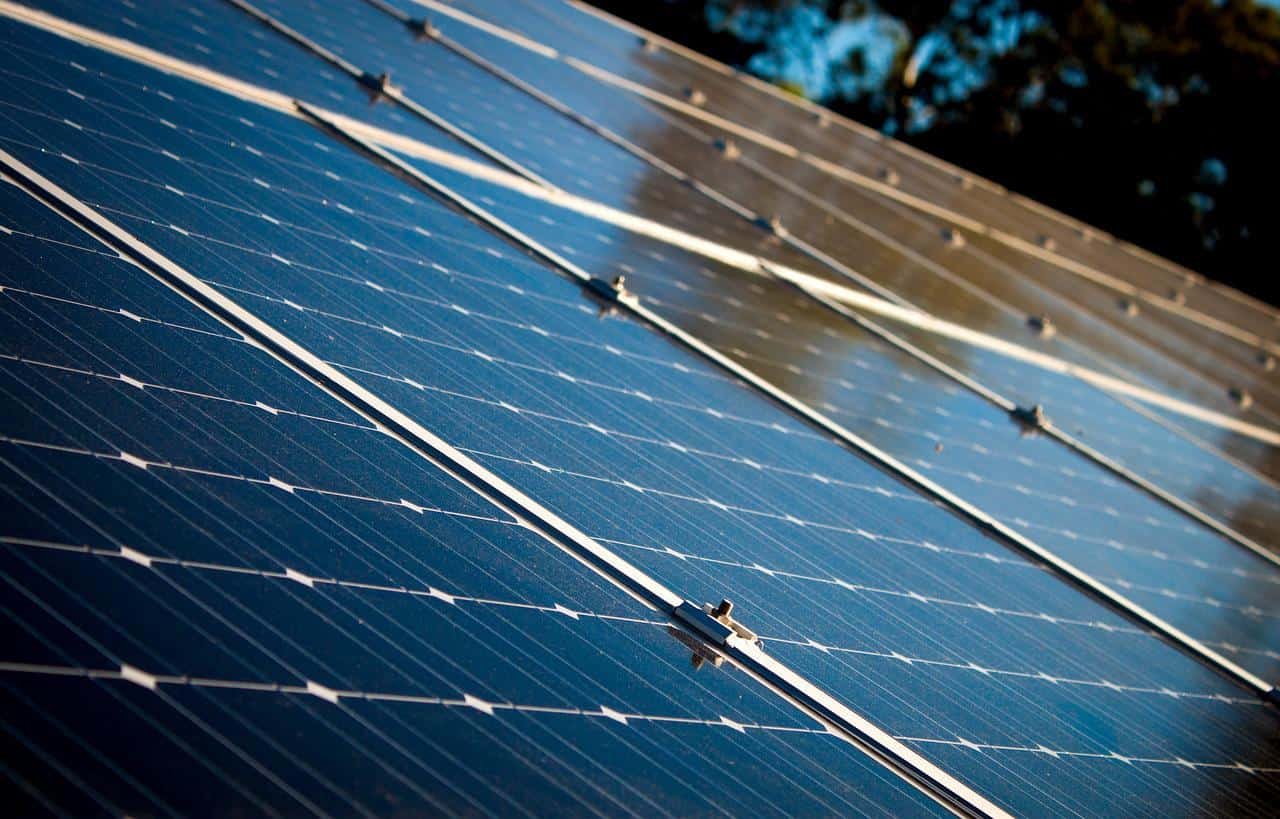 The colors of solar panels can vary depending on the type of solar panel and the manufacturer. However, the most common colors for solar panels are black or blue. Well, does color really matter? Let’s find out

What Is the Reason Why Most Solar Panel Colors Are Black and Blue?

Solar panels are one of the most efficient ways to convert sunlight into electricity. They are also one of the least expensive renewable energy technologies available today.

Solar panels are typically made of silicon, a very common element on Earth. The silicon is usually combined with other semiconductor materials, such as cadmium, tellurium, and boron, to create what is called a solar cell.

The main factors that determine the color are the material and coating used in the manufacturing of the panels.

Solar panels are designed to be anti-reflective, meaning they absorb more light and convert it into energy efficiently. This is due in part to the specialized coatings applied to the panels, which help to reduce the amount of light that is reflected back.

These coatings also give the panels a bluish tint in sunny weather.

Solar photovoltaic panels are most commonly made from silicon, a non-metal element that is also used in many modern electronics. Solar panels made from silicon are effective because silicon can absorb most wavelengths of light and produce an electric charge.

Additionally, silicon is relatively affordable to produce. However, the purity of the silicon used in solar panels can differ, which impacts the overall performance of the panel.

The blue and black hues of the solar panels are due to the silicon content. The panels have a metallic grayish glow, which makes them appear to be made of metal.

What Are the Advantages of Black and Blue Solar Panels That Make Them More Popular?

Solar panels that are black in color are becoming increasingly popular, as they offer a sleek and modern look that many homeowners are looking for. In addition, black solar panels are also more efficient at capturing sunlight and converting it into energy than traditional white panels.

The most common type of black solar panel is the monocrystalline silicon solar panel. These panels are made from a single crystal of silicon and are typically black in color.

Monocrystalline solar panels are black because they are made of a single crystal of silicon. The silicon crystal is grown using the Czochralski process, in which a seed crystal is dipped into a molten silicon bath and slowly withdrawn.

The Czochralski process is a method of crystal growth used to obtain single crystals of semiconductors (such as silicon, germanium, and silicon carbide), metals (such as palladium, platinum, silver, copper, and zinc), and other materials. This process is named after the Polish scientist Jan Czochralski, who first invented the method back in 1915.

Black solar panels are not only more energy efficient, but they also absorb more light than blue panels. This means that they are able to absorb more sun rays and generate more solar power. Consequently, more energy is created for your home or business.

The output of all solar cells decreases as the temperature increases. However, black monocrystalline solar panels have a better performance at higher temperatures with minimal loss or differences in the output as compared to blue panels.

Monocrystalline solar panels are more durable than polycrystalline panels. They can withstand higher temperatures and are less likely to break or crack. Though this type could have a slightly higher price tag.

The blue solar panels are polycrystalline silicon cells. Unlike monocrystalline panels, they are made from raw silicon crystals that have undergone the melt and mold process. After molding, they are cooled down to get the finished product. This process results in unique characteristic blue solar cells.

The manufacturing process of creating polycrystalline solar panels is less time-consuming and less expensive. However, since they are made from multiple silicon crystals, the rate of conduction is slower and efficiency is lower.

While monocrystalline solar cell points out to be slightly more efficient, manufacturers still keep an eye on polycrystalline cells due to their lower cost. If you have plenty of space available. Opting for a blue solar panel could be better for you.

With blue solar panels, you can save money on maintenance as they are more commonly used, so repairs and checkups are faster and easier.  They are also less expensive to build and install than black solar panels.

Polycrystalline cells are a more eco-friendly option when it comes to solar panels, as they generate less waste in the production process. Monocrystalline cells require slicing silicon wafers on all four sides and producing the silicon cell is tedious.

As a result, the waste produced is higher. Polycrystalline cells don’t need to be individually shaped, so there is much less waste created. If you’re concerned about your impact on the environment, this is something to consider.

What Are the Other Solar Panel Color Options Available on the Market, Other Than Black and Blue?

They are also becoming more efficient, as technology improves. There are a few different types of colored solar panels on the market today. Some are painted, while others have a colored film that is applied to the surface.

The type of solar panel you choose will likely be based on aesthetics, as well as efficiency. Painted solar panels are exactly what they sound like – the panel is painted with a special paint that is designed to absorb sunlight.

This type of panel is typically less efficient than other types but can be a good choice if you want a unique look for your home or business. Solar panels with colored film are becoming more popular, as they are more efficient than painted solar panels.

The film is applied to the surface of the panel and works by reflecting sunlight away from the panel. This helps to keep the panel cooler, which increases its efficiency.

Most people choose white or green solar panels since they are less obtrusive than black or dark blue ones. White panels are popular with businesses, as they match most building exteriors. Green panels are a good choice for those who live in areas with lots of trees, as they will blend in better.

There are actually different kinds of colors available in the market and here are some of the solar panel providers that offer a wide range of solar panel color spectrums:

Solaxess is proud to present its nanotechnology-based technology that allows them to create solar panels that are white and colored without visible cells or connections.

KameleonSolar is slaying their name with their colored solar cells, single colors, and design techniques that you can blend, mix and match according to your own style and application.

If you want your solar panel to go to a higher level, you can contact any of these companies for construction and installation. Some do offer to put colors on existing installations. Once you request a quote, installers will usually request to take a tour of your property and check your existing solar panels.

How About Transparent Solar Panels?

Transparent solar panels are an emerging technology that could potentially revolutionize the way we generate electricity. These panels are made of semi-transparent or transparent materials that allow sunlight to pass through them while still being able to capture solar energy.

Since they are clear and have a glass-like appearance, they can be used on windows, for example, which would allow buildings to generate electricity without sacrificing any natural light. They can also be used on cars, phones, and other devices where traditional solar panels would be impractical.

One of the biggest challenges facing transparent solar panels is efficiency. In reality, they are not yet as efficient as traditional solar panels, but research is ongoing and it is hoped that they will eventually match or exceed the efficiency of traditional panels.

What Are the Disadvantages of Colored Solar Panels?

There are a few potential drawbacks to using colored solar panels, as opposed to the more traditional black or blue panels.

So the answer is yes. When it comes to solar panels, color does matter. But in the end, it is your investment. However, this article could serve as your guide. The decision of what color solar panel to choose is a personal one.

They do have their pros and cons. Solar panel color does matter when it comes to the overall aesthetic of your home or business. The dark blue and black could be better in terms of efficiency.

On the other hand, the main factor that determines how much power a solar panel produces is the quality and amount of sunlight it receives.