How Many Solar Panels for Solar Generators? 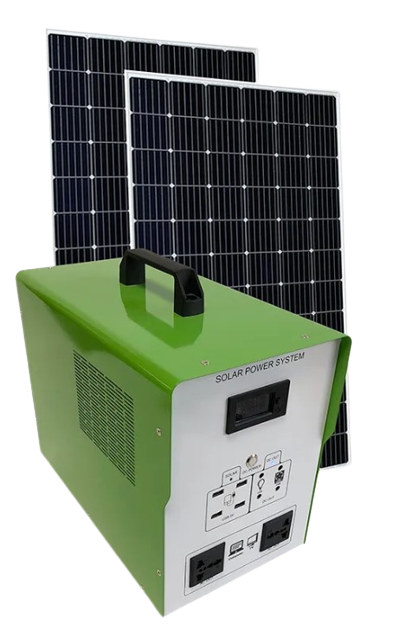 Are you wanting to get a solar generator, but aren’t sure if the kinds and amounts of solar panels matter? The short answer is that they do. To learn more about how many you might need, and why it matters, keep reading.

How Many Solar Panels for Solar Generators?

The size of solar panels you should get, or even what you can get depends on a couple of factors. Some generators, especially portable ones, only allow you to get their specific solar panels as well. Otherwise, the generator won’t work with the panels.

Sometimes this limits you to only one or two options. For the most part, going with bigger solar panels is better, as it means you can get more energy with fewer panels, but you also have to take into account the cost differences and sizes.

For example, if you only have a small generator that has 1000W, you may not notice enough of a difference in charging speed to go with bigger solar panels.

One final thought is that combining two solar panels often makes them more efficient and run a little better. So if you want 200W of solar panels, it is more expensive to buy two 100W panels than just one 200W panel, but you get a little more efficiency and they run a bit better.

How Many Solar Panels Do I Need?

If you are using a battery backup as your solar generator, it is a good idea to get enough solar panels to cover all of your electricity needs and then a panel or two extra. This allows you to still get plenty of power even during cloudy days, and provides you with enough power that you can use all your devices and charge your battery bank at the same time.

For portable generators, it really just depends on how much you want to spend and how much time you want to spend charging your generator. Additionally, some generators allow you to charge them and use them for power at the same time, so having enough panels to run your most common devices, and still charge the battery in a reasonable time.

Unless you have a really small generator, you may only need one panel. After that, it is best to stick in multiples of two so they are the most efficient. So you can get two, four, or six but you should avoid buying three, or five panels unless you are planning to buy another later and are just short on money at the moment.

Does the Amount of Solar Panels Matter?

The amount of solar panels does matter. In addition to running the panels so they increase power, your panels and panel strength also change how much power you get.

You have the option of running your solar panels in series or parallel when you have more than one. Parallel is the most common for basic situations, as it doesn’t change your voltage, but gives you more power output, even if it is the same amount of solar panels and wattage.

Series does the opposite, you can increase your wattage and your voltage. This works for unique systems that have a higher voltage, usually higher than 24V.