How Do I Know If My Solar Powered Mole Repeller Is Working As It Should? 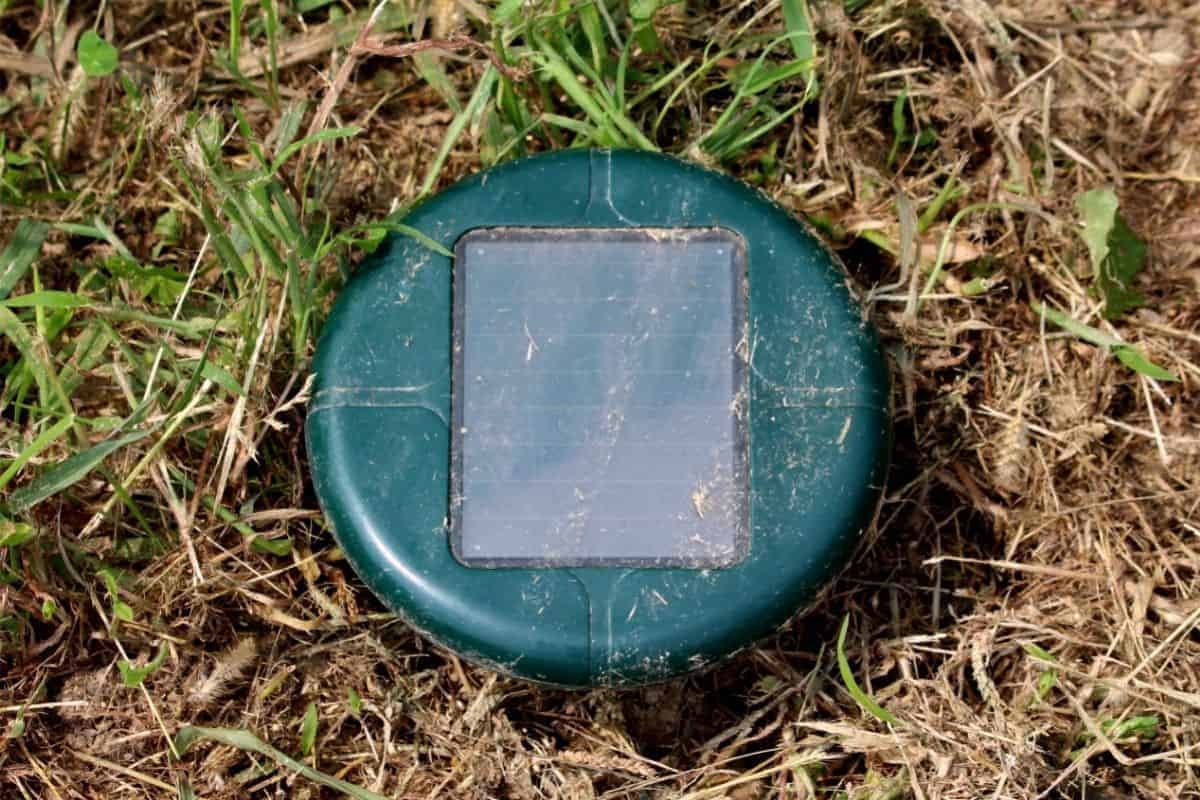 You know your solar-powered mole repeller is effective when you notice the obvious absence of molehills and mounds on your previously infested lawns. It may take a week or two for this final effect to fully set in.

However, in that time, there might be increased mole activity that may make some people wonder if their solar mole repeller is powered up. So if you’re wondering, “how do I know if my solar-powered mole repeller is working?”, we will help you know for sure.

How Does A Solar-Powered Mole Repeller Work?

A solar-powered mole repeller functions by generating low or ultra-high sonic pulses or ultrasonic sound waves repeatedly at a level that is extremely annoying for moles or other burrowing animals. The pulses are so irritating to the sensitive ears of moles that it keeps them far away from that environment.

Some models come with several units in one pack to maximize the area that they cover, and to increase their efficiency. All you have to do is strategically place them so that they cover a lot of your property.

Also, check when are moles most active during the day. Each solar unit comes with a portion containing the solar cells on top, facing the sun, and a part that is staked underground.

The stakes are powered by solar energy and have rechargeable batteries as a power backup measure. This advanced type of ultrasonic repellent is also effective against snakes and other destructive rodents that can lurk on your property.

These devices eliminate rodents and pests in an environmentally safe way that doesn’t harm humans or household animals, thereby eliminating the need for mole traps.  The pulsating signal emitted by the solar-powered devices is strong enough to keep moles off your property for days.

Increased pest activity within the first week or two is a result of them trying to find burrows that are as far away from the noise source as possible.

How To Tell If Your Solar Mole Repeller Is Powered On

A solar-powered mole repeller device comes with all of its parts pre-attached. They are ready-to-use devices that require no additional assembly.

The homeowner just switches it on and stakes it into the ground. The repeller then gives off a buzzing sound that confirms to you that it is working.

This device comes with a large solar panel that can fully charge between 3-5 hours of exposure to sunlight. The battery can last as much as 4 days on daily usage and can be used in extreme weather conditions due to the device being waterproof.

The Benefits Of Solar-Powered Mole Repellers

A really important benefit of owning a solar-powered mole repellent is the absence of harmful chemicals. Your lawn isn’t exposed to toxicity, which means it is safe for your kids, your pets, and your family too, thereby promoting a healthy environment.

Solar-powered mole repellers are also an eco-friendly solution for households trying to go green in terms of energy consumption. Solar energy is renewable and clean, thereby creating no cause for concern.

This can also help with cost reduction, as you save up on the extra bills of running an electrical-powered repeller through the night and keeping it charged for continuous use.

The solar mole repeller makes use of a solar battery and sometimes comes with rechargeable batteries to ensure that your yard is kept free of moles and molehills.

How Long Does it Take For The Solar Mole Repellent To Charge?

Solar repellers commonly come with a short period of 4-hour solar charge for their batteries to be optimized. However, the charge period can vary from climate to climate, depending on your environmental weather conditions.

Standard solar-powered mole repeller units can charge for as much as 6-8 hours.

How Long Does The Solar-Powered Mole Repeller Run?

Another important consideration when it comes to buying solar-powered mole repellers is verifying how long they can run for. You don’t want to purchase a device that hardly lasts through the night.

Confirm how many hours or days your repellers can run for on a full charge. You can also check out reviews from other consumers, and cross-check against the manufacturer’s claim.

How Much Area Does The Solar Mole Repeller Cover?

Another important question to ask when choosing a solar mole repeller is how much area you’re looking to cover.

Considering what damage moles do to your garden, homeowners with small yards can easily make this decision. For homeowners who own large property,  the best devices that can cover large areas with a small number of packs will be necessary.

Another option is to choose a weather-resistant repeller that emits sonic waves at constant intervals and is strong enough to keep out moles and other burrowing animals.

How Do Solar Mole Repellers Work?

Solar cells, which can also be called photovoltaic cells (PV cells), are commonly found on the mole repeller. They are placed in direct sunlight, which allows the solar cells to receive energy from sunlight.

The energy received is then converted into electrical energy, which powers the device throughout the night.

These solar devices do not have wires and don’t require an electrical outlet, but some of these devices come with a rechargeable battery for backup power in cases of minimal sunlight. You can also check: How do sonic mole repellers work to disperse rodents?

Of course, they do. When they are used correctly over a period of time, the results are excellent in eliminating moles.

While the results may vary from user to user depending on the chosen brand, the weather, and the conditions in which they are used, solar pest repellents have a high success rate.

Solar repellents effectively reduce the need for mole traps, as the sounds they emit are effective mole chasers.

A few studies have claimed it is possible for these animals to get used to the sound emitted by the solar-powered repeller over time, so a quick hack is to reposition the device in a new area every few days.

Doing so keeps the sound distribution scattered, making it difficult to pinpoint, thereby still making sure the device is effective in repelling burrowing animals.

How Do I Know If My Solar Powered Mole Repeller Is Working?

Since a solar-powered repeller device relies primarily on energy from the sun, it cannot stay hidden in your yard. Any obstruction will prevent the solar cells from getting fully charged, and subsequently affecting the output.

Most of the best solar powered mole repellers not only keeps mole activity in check beneath the ground, but can also come with extra features such as solar-powered lights to illuminate your yard and to keep away other pests. They also have an incredible charge time and great battery life.

If you follow the manufacturer’s instructions to the letter, a solar-powered repeller device will definitely give you your money’s worth in keeping moles and other rodents away from your property.

You won’t have to keep asking “how do I know if my solar-powered mole repeller is working?” because the absence of moles will soon let you know!