What is Clean Energy? 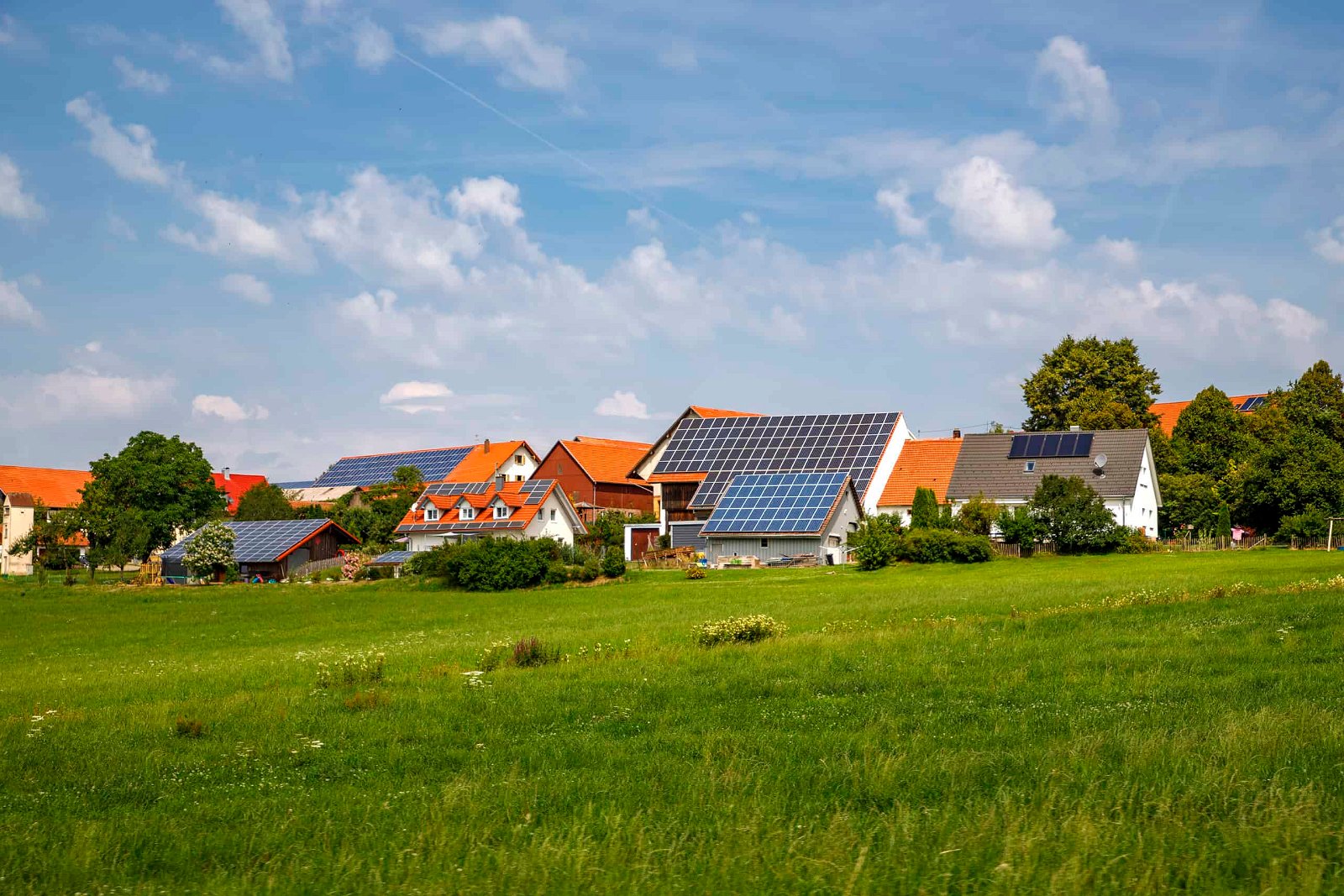 Clean energy technologies are constantly expanding, creating new resources and solutions all the time. Thanks to communities banding together to spread awareness and the desire for cleaner energy programs, more companies are working towards transitioning from fossil fuels to cleaner energy resources.

Exciting investments in projects, applications, and opportunities are becoming more widespread as a result. It’s still not perfect. The deployment and performance of various project and program investment details need work.

However, if done right, the energy transition from harmful and non-renewable materials to low carbon and renewable resources, or clean energy, will allow us to greatly reduce our carbon footprint. Thankfully, there are multiple sectors of electricity, including hydro, wind, and solar, that can be used across the world depending on the unique conditions present in each country.

Eventually, we can have fully green transportation with electric vehicles and even green buildings. Every microgrid may become a renewable and smart grid in time.

But what exactly is clean energy, and how does it work? You’ll have to keep reading to find out!

What does Clean Energy Mean?

Clean energy is defined as energy that comes from sources that are both renewable and zero net emissions. It is usually discussed when talking about ways to help the environment and deal with issues we have today with non-renewable fuels.

Supposedly, there are quite a few countries currently dedicating themselves to finding safer and cleaner energy to use, and many have set a specific deadline. For example, the United Nations wants to at least double the global amount of clean energy usage by 2030.

Currently, China and the United States are the largest producers of clean energy but it remains to be seen how many of these countries achieve their goals.

How does it Work?

The goal of clean energy is to produce power without any harmful impacts on the environment. Currently, a lot of the energy we use releases greenhouse gases into the environment, with carbon dioxide being the highest.

While clean energy isn’t necessarily renewable energy, there is some overlap. For example, certain water-powered energy sources, wind power, and solar power are all considered clean and renewable energy.

Because the sun and wind are feasibly unlimited energy sources, they are currently focused on the most. Another practically unlimited alternative is water but we have to consider problems like running out of fresh/drinking water, which is why this isn’t the first solution many people jump to.

Why is it Important?

There are myriad reasons why clean energy is important. The biggest one is that it decreases air pollution.

If you live in or around a large city, you may have noticed that air quality alerts (sometimes known as ozone alerts) have been happening more frequently in recent years. This is because we release large amounts of harmful pollutants into the air, like carbon dioxide, each day through the energy sources we currently rely on.

Eight main types of clean energy have been identified and are being used by countries around the world today. Some are better energy sources than others, but scientists are constantly working on new, more efficient ways to produce energy.

Solar power is energy from the sun, as the name suggests. Using solar panels and battery banks, big businesses, cities, countries, and even individuals can use the sun to their advantage.

Luckily, solar power is an easy form of energy that anyone can use. Whether you travel in an RV, live in a house, or attempt to go off-grid, solar panels can be a great way to not only benefit the environment but lower your monthly bills.

Within solar technologies, constant improvements are being made to solar panels and solar systems, including battery storage, the efficiency of the panels, and more.

Unfortunately, there are some drawbacks. The most prominent is the initial cost. Even a simple set-up that only covers a portion of your daily energy needs can easily cost several thousand dollars.

Traditional solar power focuses on using light from the sun while solar thermal energy uses the sun’s heat. This heat is used to produce steam and turn turbines. While this is a great way to create pretty clean energy, it has some downfalls.

Firstly, it is pretty inconsistent – since it relies on the sun, you will have far lower yields in seasons with less sun and on cloudy or stormy days. Additionally, it is expensive and hard to store.

Wind power usually comes in the form of giant windmills or turbines. They are often placed in windy areas like flat land, near oceans, mountain areas, and farms.

Unfortunately, they aren’t perfect, as the machinery can be defective and cause problems like leaking fluids or even fires. There are also some areas where turbines tend to cause injury to birds and bats.

As with solar, a lot of attention has been given to these turbines to try and make sure all parts can be recycled, reduce impacts on birds and bats, and make them cheaper to produce.

Biomass is the burning of animal and plant waste. Pretty much every major industry, from agriculture to hotels, produces waste that can be burned to produce electricity.

This makes it a practical and renewable resource, as we are constantly producing trash, waste, and wood. Unfortunately, this one isn’t exactly zero emissions as the burning of these products can release methane gasses and other pollutants that go into the air.

Deforestation is also a risky possibility if we run out of things to burn in the future.

Hydroelectric energy is widely considered one of the most used renewable energy sources in the world. Sadly, it isn’t perfect.

While it does provide benefits like creating reservoirs, providing renewable electricity that can be adjusted to meet needs, and being emission-free, there are just as many negatives.

For example, many dams still have serious negative effects on fish and their migration cycle. There have been some methods such as tubes to allow fish to travel through, but it still takes away habitats and reduces migration.

Not only that, but dams also have to be set up where water is. Because of their typical high elevation locations, they are easily susceptible to drought or flooding.

Fairly new in concept, tidal power has yet to be fully studied. It is hard to accurately determine how this form of renewable energy will impact the environment until a lot of time passes. It can be very expensive as well, which doesn’t make it super practical.

However, it is very compact, providing similar energy to wind turbines without nearly as much space. It is also easy to add them to existing seawalls that protect against flooding and tsunamis.

Theoretically, geothermal energy can be used in most areas but it isn’t practical at the moment, despite the many benefits it has.

The way geothermal energy works is that the steam and heat from underground can cause a turbine under the earth to rotate and produce energy similar to wind energy. However, heat can also be directly vented into homes as a source of heat.

One of the ways this could be used is in heating homes. By having underground heating pumps and systems, a lot of energy use during winter and early spring could be mitigated without using tons of space.

A good example of the future is Iceland. While they use other clean energy sources as well, most of it comes from geothermal.

One big issue with geothermal energy, though, is that it still has the potential to release carbon emissions. These emissions may not be nearly as much as fossil fuels, but whether this will be a stepping stone to clean energy or a final option is still unclear.

Nuclear energy is a source of renewable energy that has been pushed and fought over for decades now. This is because nuclear power doesn’t only get used for power, but war as well. Focusing too much on nuclear power can be frightening for citizens and other countries.

Even so, about 20 percent of all power in the United States is nuclear and it is used all around the world. France uses nuclear power for over 70 percent of its energy.

Clean and renewable energies have quite a few benefits. It helps to make the air cleaner, especially in large cities and towns where air pollution runs rampant.

That isn’t the only benefit though. Finding and creating clean energy increases economic development, and reduces our dependence on non-renewable fuels as well as fuels from other countries.

How Clean Energy is Used

Reports show that clean energy can be used for almost anything regular electricity can. This includes heating water, cooling, and powering homes and buildings.

It allows countries to become less dependent on each other for future fuel and energy needs.

While clean energy is still slow in the vehicle sector, there is progress being made to make more practical and renewable cars. In the last 10 years alone, progress has been reached by leaps and bounds.

The Future of Clean Energy

A lot of countries around the world have set a goal to drastically change their energy needs and work towards clean, renewable energy by 2030.

However, we doubt the future of clean energy will stop there. The demand for clean energy is constantly growing, and it is expected that new designs, methods, and cheaper options will continue to pop up.

Our fossil fuels (coal, oil, and natural gas) are said to be the largest contributors to global climate change and account for 75 percent of all greenhouse gas emissions.

By reducing these emissions, we reduce how fast our world changes. While clean energy alone can’t reverse climate change, it slows down air pollution so that the planet can have a chance to reverse the effects itself.

It also provides us with a clear goal for the future and a way to give ourselves enough time to create new ways to help the planet.

While we haven’t quite yet made it to where renewable and clean energy can entirely replace fossil fuels, it has the potential to. Fossil fuels are pretty energy-dense, so things like oil and gas can’t just be swapped out.

Instead, we have to swap how our systems run, such as cars, semis, and heavy machinery. While we are making progress, it isn’t perfect yet.

Does clean energy help our economy?

Clean energy can greatly help our economy. Not only do we have to test products to see how they work and create new ideas, but more ways to generate energy are introduced each year.

Instead of solely using oil and gas, we have eight different ways to get power. That means there are eight sectors full of jobs, as well as storage systems, communication, and research positions that need to be filled.

However, we are working on finding clean and reliable ways to generate enough energy to support cities and countries now.

What is the difference between clean energy and renewable energy?

Renewable energy is a part of clean energy, but it is not the exact same. Renewable energy is determined by the way you get energy.
If it is a naturally replenishing energy source that can easily replace what we use, it is renewable.

Wind, sun, and geothermal heating are all renewable sources of energy.  Clean energy, on the other hand, means producing electricity and energy without carbon emissions or greenhouse gases, or at least very minimal amounts.

Some renewable sources can be clean, but they don’t have to be. One big example is burning wood. Wood is considered renewable, but the burning process releases carbon dioxide into the air.

Technically, solar and wind are the cleanest energies. However, the problem is finding clean ways to harvest the materials needed to capture these energy sources.