Why Are Solar Generators So Expensive? 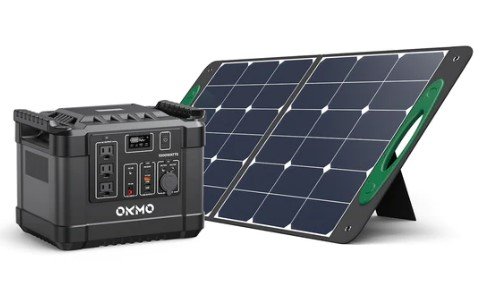 When you first look at the cost of solar generators, you might find yourself balking as you try to decide why such a thing might be recommended to you despite the high cost.

There are quite a few reasons for this. While solar generators have a large upfront cost, they are worth it in the long run since they don’t need much else to keep them going once the installation is complete.

But you still might be wondering why they cost so much in the first place and if maybe it is better to get a gas generator instead.

However, you also need to consider other expenses, like installation and wiring. While you can get tax credits and rebates from the government, they don’t usually come as cash directly and only go toward your taxes.

Usually, for a solar panel system being installed, you can expect closer to $2 to $4 per watt.

If you get a lithium battery, which is highly recommended for commercial, industrial, and residential uses due to its ability to scale, minimal maintenance, more efficient energy, and more renewable and clean energy, it can be pretty expensive.

One lithium battery can easily cost $8,000 or more. It depends on the size of the battery, and how many you need, but you can expect to pay about the same price for your battery as you did for your solar panels.

The costs may be a bit lower for portable power stations, as carrying around solar energy in solar generators is heavy and bulky, and so you often scale back on your equipment and capacity.

But for home batteries that make you less dependent on utility companies, you can expect a fairly sizeable amount that is close to the total amount of the rest of your solar power system.

Can You Plug RV Into a Solar Generator?

You may think that solar generator companies are taking advantage of you, but most companies aren’t making a large amount of money. Since the government is pushing a lot of people to switch to solar power and energy, which is better for climate change and the environment, the components aren’t much higher than the production cost.

Additionally, as new science and appliances are becoming common use, the prices will decrease. This is because solar panels are getting easier to make and produce than they were initially.

The reason we aren’t eliminating gas generators yet is that they still shine in certain types of situations. For one, they often take up a lot less space and can create more power within that limited space.

Portable sunlight-powered power stations are now becoming common devices, but they are limited by their charging speed and their storage capabilities.

However, if you have the space, and will be in the same location for a long time, you will see that solar power stations are a good investment. With buyback times being about half the lifespan of a solar power station, you can start making money in eight to ten years.

With gas generators, you are constantly paying for your electricity as you purchase more fossil fuel to get it running.

Pros and Cons of Solar Generators Based on This Comparison

When you are thinking about the differences between a gas generator and a solar generator, it is best to weigh some of the pros and cons of these things. Both have areas where they shine.