How To Connect a Solar Generator to Your House? 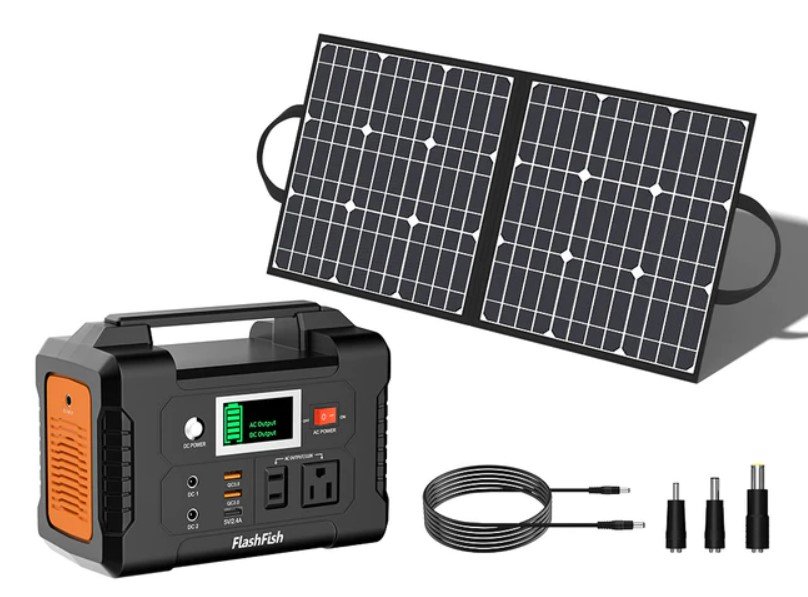 Thinking about getting a generator or battery backup, but aren’t sure where to go or how to do it? It can be pretty pricey to add on a battery system, but it can be well worth it in the long run.

They are simple to do as well, if you know anything about electricity, but otherwise, you can hire a professional to help you out.

Unlike gas generators, solar generators can be kept inside the house. They don’t have to be placed outside or away from things because they don’t release any fumes or noise. This means there are little to no limitations on where you put them.

If you just want to use one to power a few appliances, you can just plug those appliances directly into the generator to power them. This is often the best option, as solar generators have limited power and need to frequently be recharged by the sun.

However, if you want to hook it to power your whole home, you would have to connect it to your electrical panel. This is done with transfer switches. Solar generators already have built-in inverters and charge controllers, so you really only need to get wires and the switch.

If you already have solar in your home, this is a little easier, especially if you are grid-tied, as you can connect directly to the inverter.

There are three main kinds of switches you can buy. The first is the smart switch. These automatically turn on during a power outage to keep everything running. They are very expensive but efficient for those that have frequent power outages.

The second is the manual sub-panel switch. They are less expensive but have to be manually turned on instead of doing it themselves.

Finally, there is a breaker interlock connector. These are the most popular options, as they are flexible and interlocking. They also have an amp meter built in, which reduces overloading.

Battery backup solar generators are permanently installed into your system. They are connected to your panels and supported with an inverter and MPPT charge controller to manage system power and prevent dangerous surges.

There are three main ways to install a battery backup into your home that is already grid-tied. The first is AC-Coupling. This is where you tie your grid-tied system into an off-grid inverter and battery bank.

This acts as a secondary power source and tricks your grid-tied system into staying online even when the main power goes down. It is the easiest method for adding a battery bank because nothing needs to be removed or changed.

However, you have to get a properly sized system, which can be expensive.

Unfortunately, you also have to flip a switch to start charging your solar batteries, which means you won’t be connected to the grid. This method is good because it works for a variety of different-sized battery banks, but it does take a lot of remembering as you have to manually turn on and off the switch for charging.

Finally, the last way is to make your grid-tied inverter storage ready instead. This is the most flexible option. You replace the inverter you already have. Try to get the same size so that you don’t have to redo any wiring.

This method works for any system and comes with a lot of additional features that can be useful. However, it can be the most expensive system.