How Do Solar Powered Generators Work? 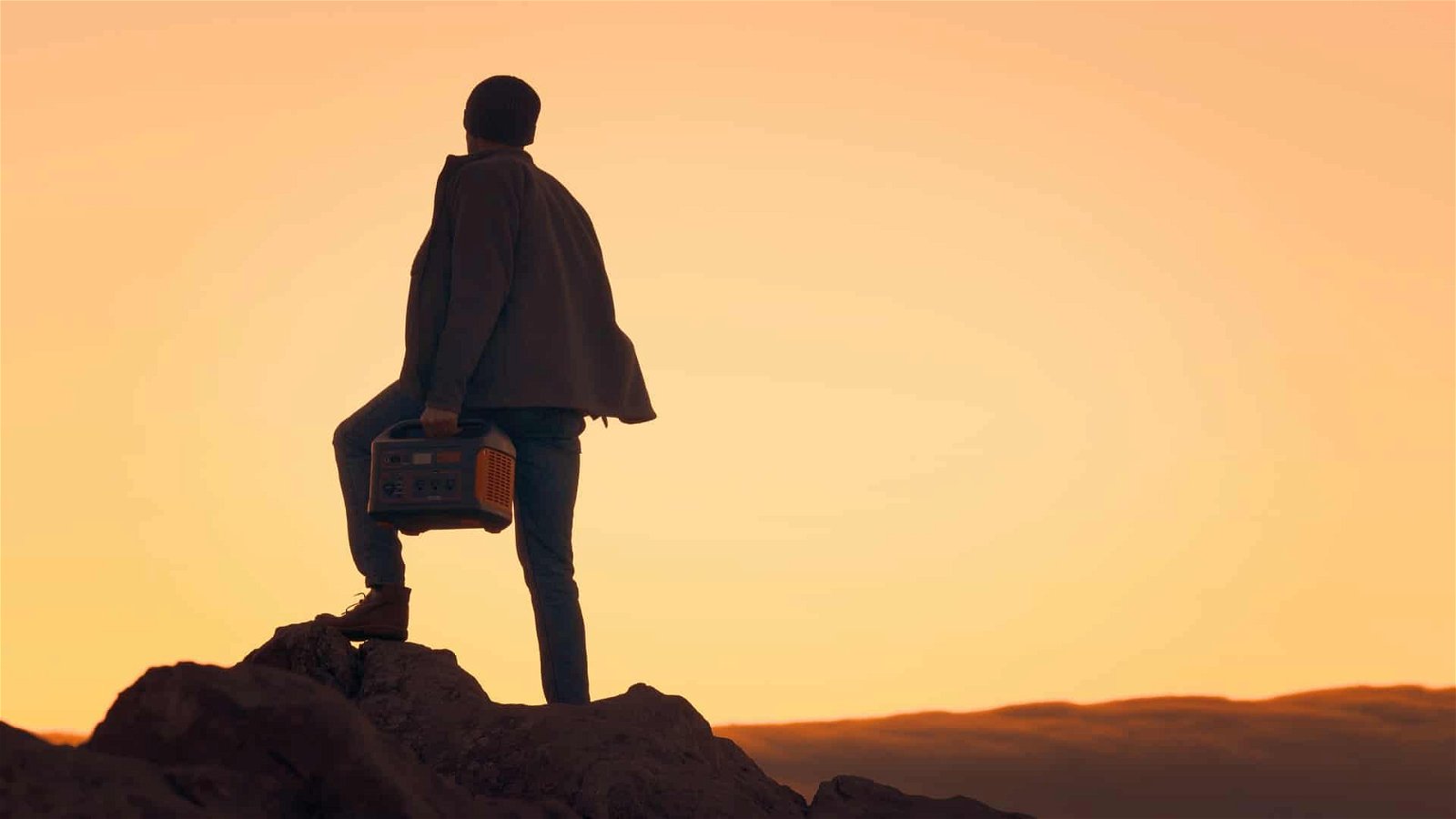 In today’s world, with modern technology and development, almost everything needs electrical power, from lights in homes to cellphone batteries. If you’re in a power outage or in an area without an electrical outlet or a grid, you’re definitely out of luck.

Portable generators were made to handle situations like this. But what about when the fuel runs out? Solar-powered generators have the best solution to that.

There are a lot of different types and models of solar-powered generators available from many different manufacturers. If you want to learn more about solar generators and how to choose the right one for you, read on.

A solar generator is a portable, compact machine made up of solar panels, batteries, charge controllers, and an inverter. They offer similar power as conventional power sources and maybe even more.

There are many different types of solar power generator that can be useful as a power source for power outages, off-the-grid living, and camping. Solar generators come with multiple outlets that can power up large appliances like a refrigerator and small to medium devices like laptops.

Generators come in different styles, sizes, and functions, so there is a generator out there for everyone’s needs.

How Does a Solar Generator Work?

A solar generator, also known as a power station, is a device that converts sunlight into electrical energy. The components of a solar-powered generator consist of a set of solar panels, an inverter, batteries, and a charge controller.

The most common type of solar generator uses photovoltaic (PV) cells to convert sunlight into direct current (DC) electricity. PV cells are made of semiconductor materials, such as silicon, that absorb sunlight and release electrons.

The electrons flow through the PV cell to create an electrical current. This current can be stored in batteries for later use or converted into alternating current (AC) electricity using an inverter.

Solar generators can be used to power lights, appliances, and other devices in homes, businesses, and other settings.

What To Look For in a Solar Powered Generator?

There are a few things you should keep in mind when choosing a solar-powered generator, as not all options on the market are created equal. Look for these features according to parts:

The solar panel plays an important part in supplying solar energy to your solar generator. Choose one of good quality, with high efficiency and with durability.

In addition, aside from the type of solar panel, consider having a good installation setup. Where panels can receive enough heat and light from the sun. While they are protected from all elements such as too much heat, wind, and snow.

Capacity and Type of Battery

Solar generators store electricity in batteries, and the battery capacity is indicated in watt-hours. It’s important to know the power rating of the generator ( how many watts it can deliver at a time) as well as the capacity.

A generator with a low power rating but high battery capacity will deliver less electricity over a longer period of time. Always check the wattage when looking at solar generators to make sure you’re getting the right one for your needs.

The most common type of battery used in solar generators is a lead-acid battery. These batteries are very durable and can last for many years with proper care. However, they are also very heavy, so they are not ideal for portable solar generators.

They weigh much less than lead-acid batteries and can store more energy. However, they are also more expensive. The best battery for solar generators is the one that can provide the most power for the longest amount of time.

This battery should be able to withstand being charged and discharged multiple times without losing its capacity.

This type of controller is best for solar generators that are used in off-grid applications, such as RVs, boats, and cabins. MPPT controllers are more efficient than other types of controllers and can increase the charging speed by up to 30%.

Another type of charge controller is the PWM (Pulse Width Modulation) controller. This type of controller is best for solar generators that are used in grid-tied applications, such as homes and businesses. PWM controllers are less efficient than MPPT controllers, but they are lower in price and easier to install.

They are more expensive than string inverters but offer a number of advantages, including higher efficiency and greater flexibility in system design.

Do you need a generator you can take with you on the go? If so, weight is an important factor to consider. A lighter weight generator will be easier to carry around. Look for a generator with an easily accessible case handle.

What Are the Pros and Cons of a Solar Generator?

There are some potential drawbacks to using solar generators, but the advantages far outweigh any negatives. It’s still important to be aware of the potential disadvantages so that you can take steps to mitigate them.

Solar generators are often lighter than traditional gas-powered generators, making them a good choice for outdoor events, camping, power outage, and other activities where portability is important. Some solar generators even have a pull handle to make them easier to carry.

Quite and Low Maintenance

Solar generators have an advantage over traditional gas generators because they have no moving parts and don’t rely on gas to generate electricity. This design helps lower the possibility of having to pay for repairs and maintenance costs.

Solar generators don’t require a lot of maintenance compared to its counterparts. You just need to keep them free of dust for maximum photon absorption. In addition, solar generators do not produce noise like that of traditional generators powered by fossil fuels.

Since solar generators use the sun for energy, they generate clean and renewable energy that doesn’t harm the environment. You won’t have to worry about buying costly diesel fuel or gas and in which operation contributes to air pollution and climate change.

One of the best benefits of it is that the sun’s energy is free, so you’ll save money in the long run.

They emit no pollutants and they are a renewable resource. Additionally, solar generators can be a great way to save money on your energy bill.

The size of the solar generator’s battery will affect how much the generator can power. A solar generator may not be able to power your entire home, but it can charge phones and laptops directly to its ports and keep small appliances running for a limited time.

Gas generators are not as limited in what they can power and for how long, because they can be refilled at any time.

Solar generators are not the best option when you need instantaneous power compared to traditional gas-powered portable generators.

If your battery runs out of power with a solar generator, you have to wait for it to recharge to get power to your appliances and devices, which can vary depending on the weather conditions. With a traditional generator, you just need to add more fuel to generate additional power.

Hope you learned more about solar generators by reading this article. Solar generators are a great option for people looking for an alternative to grid power or who want to make sure they have a constant power supply during blackouts and other power emergencies.

Solar generators have many advantages over their fossil fuel-powered counterparts. They get energy from the sun and don’t release harmful emissions. They’re also very quiet, so you can keep them inside your house.

They require almost no maintenance. Plus, you’ll always have peace of mind that you have an uninterrupted power supply, no matter what happens to your grid power.