Can You Use a Solar Generator Indoors? 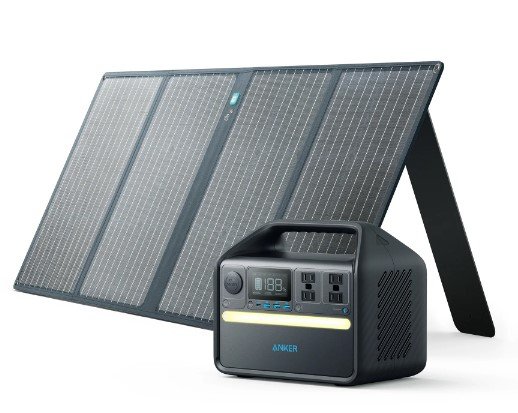 The Dangers of Gas Generators

It is very dangerous to use gas generators indoors. They release fumes that can be harmful to people. In fact, if it is in a small enough room, the carbon monoxide exhaust from the generator can potentially kill someone in just a few minutes.

If you live somewhere that gets cold, you may know the dangers of starting your car in an enclosed space like a garage, as it can cause serious harm or death from the fumes. A gas generator works the same way.

Even in a properly ventilated room, the smell is strong and very unpleasant. It can sink into any fabric, staying for a long time after the generator was last used.

Even if we ignored the health dangers, there is another reason gas generators couldn’t work indoors. They are painfully loud, the engine easily being heard by your neighbors. They could deafen someone that stayed in the same room as one for a long time.

Though rare, another danger of gas generators is that their fuel is flammable. This means that under the right conditions or due to an accidental spark, the generator could explode and damage anything or harm anyone near them.

They run hot as well, so if your child gets too close to one, they run the potential of severely burning themselves.

The Benefits of Solar Generators

Thankfully, when it comes to solar generators, you don’t have to worry about any of the above problems. As the name says, these generators run on solar power instead of gas. They have no harmful emissions like carbon monoxide or smelly fumes.

They are also pretty quiet. Instead of a loud motor running to generate power, they have a pretty quiet system. The only noise that comes from the generator is occasional and is just a small fan to help vent heat and prevent the system from getting too warm.

While the generator can get pretty warm, it is like a computer, and rarely gets hot enough to burn someone. They also don’t have flammable fuel that could explode. While a short in the wiring is possible, like with any electronic, the chances of a fire or harm to someone are very minimal.

You could put one of these generators right next to you and still be able to hear the TV and your family talking without a problem. You also don’t have to worry about any issues like asphyxiation if you forget to open a window. Solar generators are much safer than gas.

This is helpful in homes, but also campgrounds. Most camping neighbors get irritated if a gas generator is run all night, especially in areas more focused on being close to nature rather than “glamping”. This means that after a certain time at night, you may be left without power.

However, with a solar generator, you can keep running your electricity well into the night without any issues or annoying neighbors since they are so quiet. If you fear a heavy rainstorm or bad weather, you can bring the generator inside and keep using it.

This can also be beneficial if you are using a solar generator for emergency backup power. If you are just plugging in a few appliances instead of your whole home system, you have to use a lot of extension cords and keep a door or window at least cracked with a traditional generator.