If You Have Solar Panels Do You Need a Solar Generator? 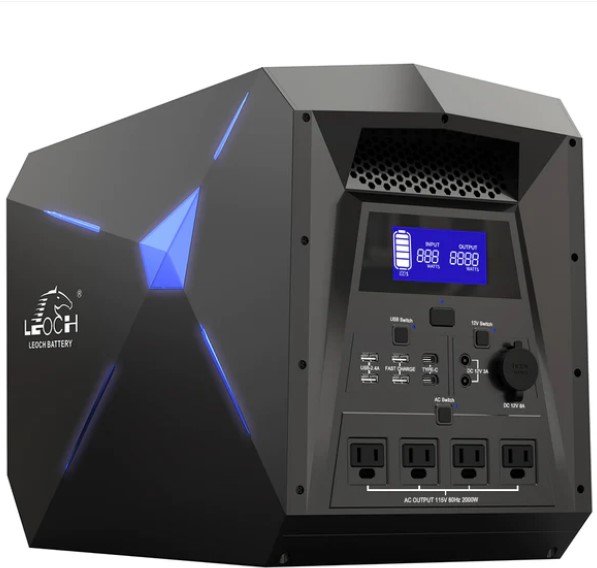 Solar panels create power. This means that they produce power and don’t need power. However, you may have noticed that to access power from your solar panels, homeowners have to get power from the grid.

If the grid goes down, you may be without power, even with solar panels. But why is this, and how do you fix it with a solar generator?

Will a Solar Panel Work When the Power Goes Out?

Solar panels theoretically can still work when the power goes out, as they can work independently. This is why people can use solar panels to generate power when they are off-grid.

However, most solar systems are connected to the grid when they are installed in homes. This creates a net metering system where the excess power from the solar panels goes into the grid when you don’t use it all.

However, to do this, all of your power has to be directed through the grid. This means that when the power goes out, you can’t get power, even from your solar power.

How Can You Power Your Home With Solar All the Time?

It doesn’t have to be this way. If you want to be able to use your solar energy even when there is no sun out or when there is a power outage, you can get a power generator. This option works for any commercial, industrial, and residential installation.

However, it is worth pointing out that while these get the benefit of any tax breaks that the rest of the solar system would get, it also comes with a higher initial cost due to the batteries and other pieces like an inverter and MPPT charge controller.

The first option is a solar system with a generator. This is often portable and works alongside traditional, water, or wind power. You can power your home and provide light wherever you go.

Additionally, you can enjoy the experience of making them yourself, or you can make it easy by purchasing one from a company that already has a system built for a variety of customers.

Like traditional generators, these can be plugged into your house during a power outage to run necessary appliances, or you can take them camping or in an RV with you to work as a backup generator and provide energy for necessities like lights, camp stoves, and anything else that runs on electricity.

A solar energy system runs similarly to a regular generator during a blackout, but it runs on solar power via solar panels rather than propane or fossil fuels.

The other option is installing a battery storage system directly into your house. When installing the solar system, or later when you have more money to cover such an investment, you buy batteries to go into your home.

It works the same way as a solar generator but isn’t portable. It takes the solar panels you have already installed or are planning to install and stores the excess power you produce.

You can even use it with net metering still. All it does is take the initial extrasolar that your home generates and put it into your batteries instead of sending it back to the grid.

You can then use these batteries during the night when there isn’t solar, or for a backup when the grid goes down. Most inverters stop power from going back into the grid, so you don’t have to worry about it hurting anyone working on power lines.

Make Sure You Have the Right System for Your Home

As a homeowner, you have to make sure you have the right system for your home. This includes picking out which method works best for you and provides the most benefits.

A solar generator is portable and usually a little cheaper, but they have less storage and need their own solar panels most of the time. You also need to figure out the size you need and what you can afford.

While having more power and a bigger size is better, it often leads to higher expenses that not everyone can afford to pay.

Do You Have To Have a Generator if You Already Have Solar Panels?

If you are net metering and you already have a backup option for if the power goes down, or it just doesn’t go down enough that you are worried about it, you don’t have to have a solar generator.

The only people that need a solar generator are those who are going to go camping and need portable power or those that are living off-grid and need power when the sun goes down or on cloudy days.

However, it can be beneficial to have either a solar generator or a battery backup so you can store more of the power you produce. This means you can use less power from the grid and save more money in the long run.

It also means that if something does happen and the grid goes down, you don’t have to go and get gas to fill up your generator and run the fridge.