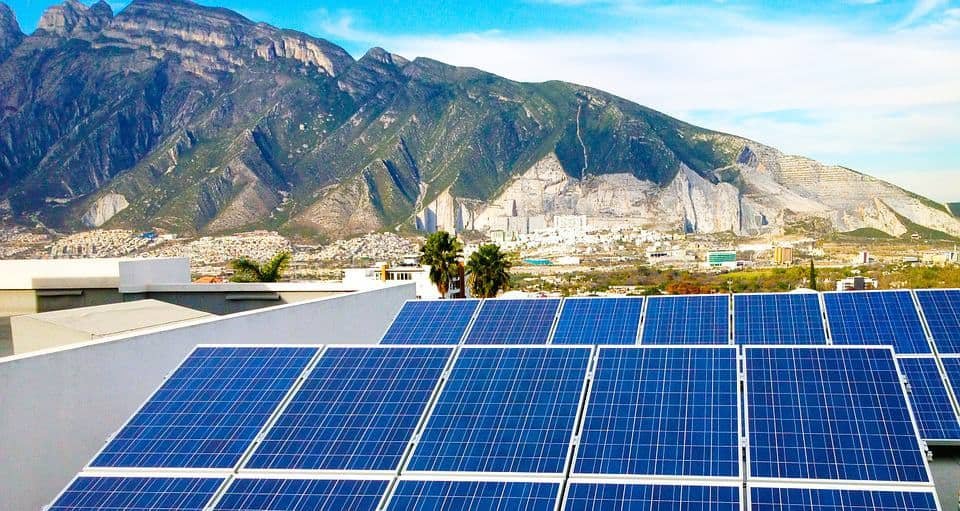 The whole purpose of solar panels is to provide free renewable energy. Depending on how many panels you have and how much power you consume, you could potentially eliminate your electric bill altogether.

For most people, however, solar panels mean a lower electric bill. But what if there was a way for your solar panels to soak up more energy? What if you used a magnifying glass on solar panel arrays?

These are the questions many solar owners started asking years ago. Interestingly, researchers were already on it.

After much testing, Saudi researchers recently designed spherical solar panels in an attempt to capture scattered sunlight. The results were nothing short of impressive.

Tests showed that there was anywhere between 15 and 100% more output when compared to flat solar panels. Since this works like a magnifying glass, sun rays are captured that would normally have been lost.

So it lends to reason that by harnessing the sun, magnifying glass exposure could potentially improve flat solar power production. But is this safe practice in the real world? Let’s explore.

Can You Use a Magnifying Glass on Solar Panels?

In the testing of the solar-powered ball, small photovoltaic cells were molded together to form a sphere. When exposed to direct sunlight, the power output immediately spiked to a 24% increase.

Over time, this percentage increased and decreased with sun exposure. The problem with trying this on your home solar cell system is that you’re risking extreme heat exposure to your solar cells.

When held under direct sunlight, magnifying glasses focus a beam of energy that gets extremely hot. If you performed tests as a child, you probably remember burning dead leaves.

And if you were just plain to mean living ants.

The heat that is focused through the lenses is too hot to safely leave over your solar cells for any length of time. There would need to be a complex cooling system in place to make sure that the focused energy doesn’t permanently damage your system.

PV cell solar systems are incredibly durable, but there would still need to be a working cooling system to help lower the increased cell temperature. Until a viable one is developed, it seems ill-advised to attempt using a magnifier to increase power in a solar cell.

What Is the Most Powerful Magnifying Glass?

To date, the most powerful magnifier is known as a loupe. These types of magnifying glasses are routinely used by watchmakers to help them see the small components that make up watches.

Unlike traditional magnifier glasses, loupes don’t have a handle. Instead, the lenses are contained within a small opaque cone or cylinder.

This allows the user to mount the loupe on eyewear for easier access. No powerful are loupes that they are regularly used within the medical industry to better see patients.

Dentists use loupes when working on teeth, as it provides them with enhanced surgical precision. Most loupes go up to about 10 times magnification. In theory, this type of magnifier would be ideal for harnessing sunlight on solar cells.

However, the question of a cooling system would still need to be properly addressed before using such a device to increase solar energy production.

How Much Heat Can a Magnifying Glass Create?

To give you an idea of how much strain you would be putting on your panel system, let’s look at how much heat is produced through a magnification lens. Just a simple magnification lens produces around 500 degrees of heat through its focal point.

If you’ve ever burned leaves this way, you were creating between 425 and 475 degrees of heat through your magnifier lens. We know that paper ignites within that range, so you need to think of what that could do to your solar system.

Even though the solar cells are designed to be durable, it’s hard to imagine that they would withstand 500 degrees of heat for very long. You have to ask yourself if extra energy production is worth the risk of destroying your solar system.

Even if you use one at various intervals throughout the day to achieve more solar energy, there’s no guarantee that your solar panels will hold up for very long. As expensive as solar power is to come by, it doesn’t seem worth it to put your solar system in jeopardy.

Why Do Magnifying Glasses Burn Things?

Magnifying glasses are made with convex lenses. These lenses cause the rays from the sun to be harnessed and focused into a single beam.

This is why it is so dangerous to use a magnifier on solar panels without an adequate cooling system in place. And even then, there’s the question of whether the solar panels could withstand the heat long enough to avoid warping or breaking.

As it stands currently, you’re better off investing in a solar tracking system if you want to get the best energy through solar power. These systems work by moving your solar cell array to track the sun’s movement.

This ensures that your solar system receives optimal sunlight throughout the day.

You don’t have to worry about melting your panels or damaging your system, either. With optimal sunlight, you can look forward to getting the best solar energy production.

Has a cooling system ever been created?

As a matter of fact, IBM created one a few years back that consisted of liquid metal and PV cells. But this system is nowhere near mass production for consumer use.

During the last demonstration given by the Saudi researchers, they had to fold the sphere into a ball using their hands. It’s safe to say that this is quite a ways off until it sees consumer use.