When Are Moles Most Active During The Day? 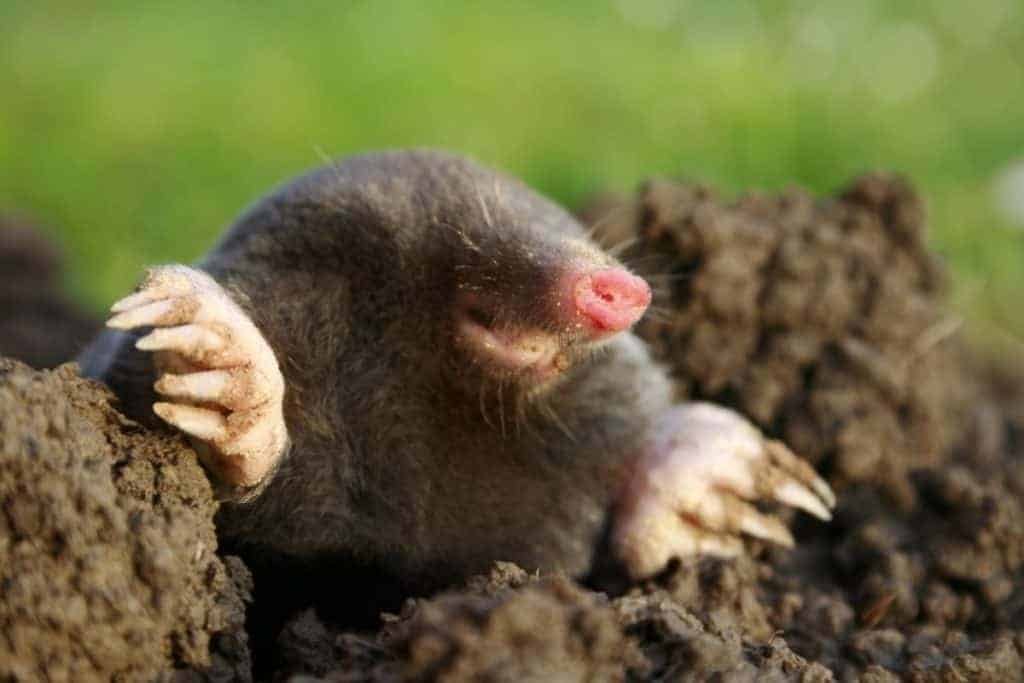 Moles are not animals known to hibernate. They can be active at different periods during each day and each night of every season.

Due to the fact that they detest extremely dry or frozen hard soil, moles tend to spend most of their time in the deeper ends under the soil during the winter.

This doesn’t mean that moles aren’t active, however. It just means that they try to avoid the soil surface as much as possible. During this period, moles will feed on insects such as white grubs that are seeking warmth deep in the ground.

The best time to detect and get rid of moles is when they’re active, so when are moles most active during the day?

Moles Have Varying Periods of Activity

Moles are commonly active both during daytime and nighttime. They tend to live on a 4-hour shift and rotate between searching for food and sleeping.

They are often more active during very quiet times of the day such as very early in the morning or late evening. Moles can feel vibrations in the ground and will stop digging when they feel them.

Some older moles can detect the slightest ground shift or the vibration of your pets walking on your lawn.

Although moles are animals that are known to be active all year-round, they are also known to exhibit less foraging activity in extremely cold or extremely hot conditions. They are most active after periods of rainfall.

This is because moles absolutely love damp or soft earth, and the soil texture is ideal for digging during periods like these.

How Active Are Moles Generally?

Moles are very active animals and can be found almost everywhere, except in extremely cold regions or severe desert regions. If you happen to live anywhere that is not in North America, Europe, or in a frigid climate like the Arctic, then you most likely have moles living nearby.

Moles seldom travel above ground, and are known to spend most of their time underground. They only come up to their surface tunnels occasionally in search of a food source.

The Physical Characteristics of Moles

With their unique blood composition, moles have the ability to recycle oxygen even when living deeply below the surface of the ground. This unique characteristic makes living underground extremely comfortable for them.

While they don’t have outer ears, moles still have a superb sense of hearing. Their extra-fast reflexes allow them to feed and to move around quickly.

A mole can commonly grow up to 4-7 inches in length with paddle-shaped feet and six-fingered hands. These hands typically come with two thumbs associated with digging.

Typically known as underground animals, moles are not as slow as most of us assume. Research based on the use of a special detection device proved that moles, when underground, can travel as fast as almost 1mph per minute.

Moles can run quickly across several lawns and can disappear underground in the blink of an eye. Their short black or brownish fur has no grain. This grainless fur allows moles to move easily forwards or backwards when in their tunnels.

A mole typically digs volcano-shaped hills in yards, lawns, or areas with soft soil. Mole tunnels can be dug at a rate of 18 feet per hour, with them adding around 200 feet of new and connecting tunnels underground daily.

A mole is a meat-eating animal that feeds mostly on grubs, earthworms, and insects. These expert digging animals consume as much as 70-100% of their body weight in food each day.

While moles may be active at any time of the day, their activity level tends to peak around the very early hours of the morning or at midnight. They are also more active after you water your lawn, or after warm rains.

Moles are very sensitive animals that can pick up very little vibrations or movements. They become very quiet when they sense movements or vibrations.

Moles do not stay for long in hunting grounds. They typically spend between 2-3 weeks in one location before moving to someplace else.

FAQs About Moles and Their Activities

Voles look a lot like field mice, with short and compact bodies. They also have better vision, sharper teeth, and really thick tails. Unlike moles, they don’t dig as much and would rather occupy holes already dug by moles. They feed on plants and are more destructive than moles.

Do moles go into houses?

No, they don’t. Moles rarely remain or travel above ground for long. While they can be heard tunneling under houses with shallow floors or foundations, they aren’t found in houses.

Why do moles create tunnels and hills?

Moles create tunnels for two main reasons: to travel and to feed. These tunnels are often pathways between their feeding areas and their resting den.

Feeding areas are commonly marked by clusters of volcano-shaped hills or shallow tunnels. Mounds or molehills are the unneeded dirt and soil moved out of the way during tunneling.

Moles are not nocturnal animals. They are active anytime during the day or the night. Although most mole activity occurs during the early hours of the morning or at midnight, this is mostly because they prefer quiet periods.

How do I get rid of moles on my property?

The commonly known methods to banish moles from your property include the use of mole repellents, traps, using castor oil, or changing soil conditions to interrupt their primary food source. Another way to do this is by using a solar pest repeller.

Are moles eating my plants?

Moles are insectivores. While the tunneling action of moles can be bad for plant roots, lawns or yard spaces, moles do not directly consume plants. The tunnels created by moles can also be used by other destructive animals such as voles. Learn more about what damage do moles do to your garden.

So when are moles most active?

The answer is almost any time. Due to the physical anatomy of a mole, they can’t be said to have one specifically active period.
Moles are found to be most active during really quiet hours, which can be at any time of the day depending on the region that they live in.

Their super hearing and fast reflexes also make this way of living easy for them. Moles are heavy eaters who can consume as much as their body weight in food daily and thus prefer to hunt and rest in quarterly shifts.